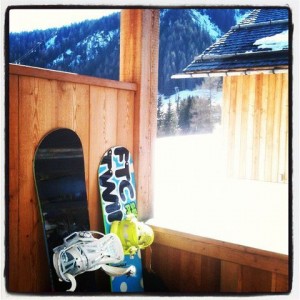 Skiers outnumber snowboarders by far in the Alta Badia area of the Dolomites, which nonetheless is very appropriate for intermediate boarders due to the wide runs and gentle slopes. The main difficulties are avoiding (a) the fast and impolite German speaking skiers and (b) the flat connecting runs.

For a solid intermediate to advanced boarder I recommend our …

Here is a little video of me on Piz Sorega practicing carving with Tommaso on very mushy, slow snow (it was very sunny the whole week we were there).

Any snowboarder knows that the worst part of riding on a mountain with connected ski areas is crossing from one area to another. In this part of the Dolomites, each named peak tends to have just a few runs, so there is a lot of connecting to do. The three favourite runs mentioned above are near each other. If you’re staying in Corvara, you’ll need to get home from those areas (San Cassiano/ La Villa) at the end of the day.

There is a connecting blue run from La Villa to Col Alt in Corvara. Do not take it. It is a series of flats, and even uphill parts so you need to have the confidence to pick up a lot of speed to do them. While I found myself flying over rises, a more intermediate boarder may well fall or not make it up the rises; in fact our friend Fabio did a lot of walking. Continuing down is exhausting, with 2 places where you have to strap out and cross the road. Rather, finish your day in style by taking the Gran Risa down to La Villa and take the public bus to Corvara that stops just beyond the parking lot. The bus runs about every half hour and costs 1,50 euro per person.

If you’re heading over to Piz Sorega, the red run is great (above) but the blue run on the other side is a long, flat, and exhausting pain in the rear. Similarly, we suggest avoiding the blue run off Biok.

Last but not least, if you’re staying in Corvara and thinking you might take an easy chair for your first run, do not take chair number 29 and the blue run beside it, which is simply a flat connecting run that goes over a narrow bridge and is particularly infuriating. 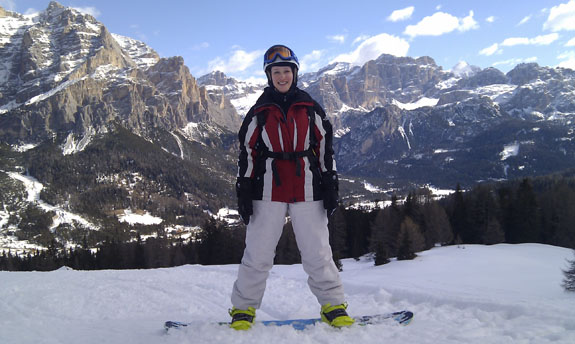