Getting to Know Bolgheri with Michele Satta

When I found out that I’d won second place in an Instagram challenge run by Bolgheri winemaker Michele Satta last Fall, I was excited both to stock up on wine and to finally have an excuse to visit this famous wine region. For no apparent reason, if not for my relatively recent approach to the wonderful world of wine, we’d never spent any time on this part of Tuscany’s Etruscan coast between Livorno and Piombino. Attracting a quality level of tourism (of the type that can maybe afford to taste a €30 glass of wine), we ate and drank brilliantly well, marveled continuously at the scenery, and best of all got to know one of the founders of Bolgheri winemaking.

Satta is a series of contradictions. He prides himself on being “Bolgheri’s outsider“, and his dislike of journalists, wine reviewers, consultant enologists and the nobility, amongst other things, has made him no few enemies. You’d think he might be bristly and unwelcoming, but on the contrary, I was humbled and amazed that he chose to spend a good part of his weekend with Tommaso and me, generously sharing his place and his experience, and explaining his philosophy as if it were absolutely essential that I understand him and his wine. I hope to do him justice with this little story – although he also dislikes storytelling (but tells plenty, himself). 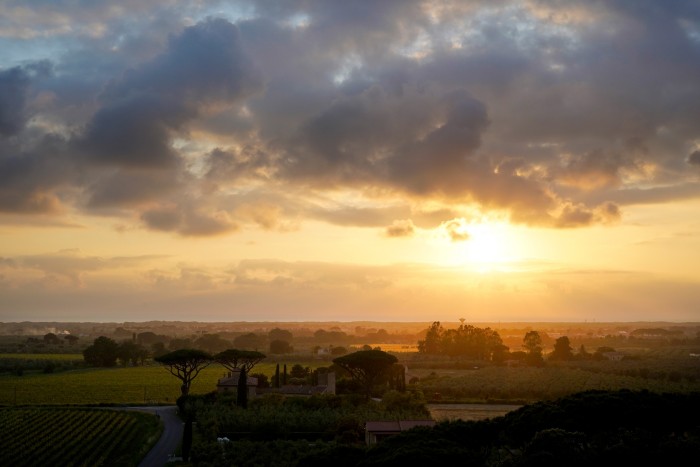 Only Bolgheri wineries have this view of the Sea

We arrived after work on Friday and were given the keys to Michele’s not-yet-launched dependence, two modern rooms with floor-to-ceiling windows giving on to vines and the sea in the distance, located to one side of his newly built wine cellar and luminous tasting room. He apologized for their slightly unfinished nature – promised government funding hadn’t arrived to finish the construction as he’d planned in full – but honestly, having full run of a wine cellar (and its awesome rooftop view) would be fantastic even if the rooms weren’t perfect (which they were – keep an eye out for when he opens these guest rooms to the public). 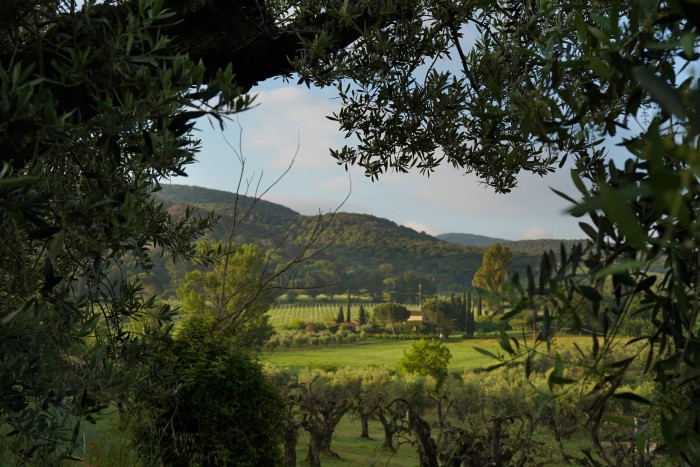 First thing in the morning

As Michele had an appointment the next morning, we planned to meet late on Saturday, so it was my task to get to know his winemaking practises from the soil up through the lens of my camera. Having offered to take some pictures for his slightly undernourished Instagram account, I asked him if he had any preferences or particular photographic requests. He gave me full artistic liberty to represent his winery through my own eyes, with only one hint: “mi piacciono le cose vive” (I like live things). Well, I do too, very much. 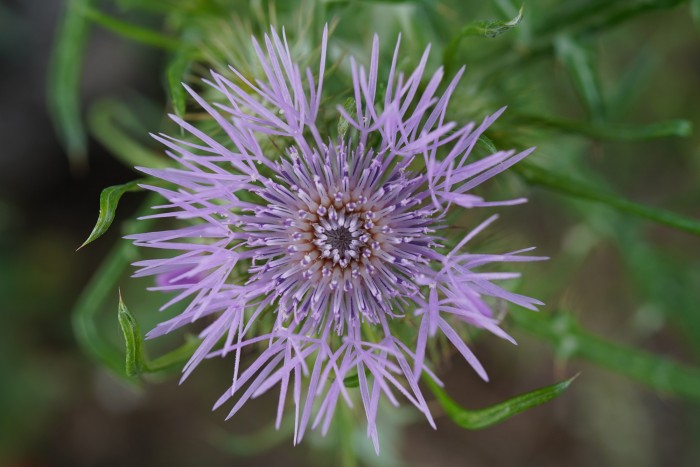 Some of the spontaneous flowers and greens I spotted

Hence at 6am I was up with the rooster (more precisely, he got started at 4:23am but I waited for the light of day), excited to not have to travel beyond my front door to be out in nature. Morning dew and birdsong were my only company for a few hours as I went looking for hints of what causes this piece of land to yield worldfamous wine. A first sign is certainly in the number of spontaneous plants and flowers that spring up everywhere on Satta’s property, in the olive grove with some centuries-old trees, and between the vines, where the practise of using “green manure” (sowing a mixture of seeds to encourage healthy soil) is an integral part of organic winemaking. 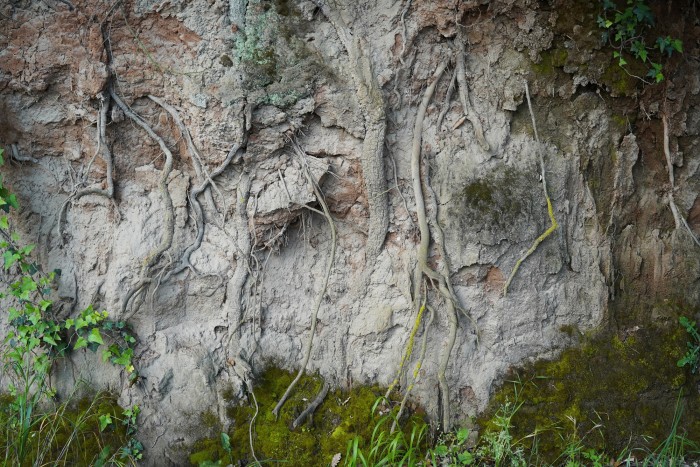 There’s something about the soil

Terroir is a careful mixture of place, soil and climate, and this place immediately gives off a special feeling. You can breathe when you’ve got an open landscape over which to see oncoming weather, and these plants can breathe the salty sea air that comes off the Mediterranean and whips up the dunes that naturally protect Maremma’s beaches. The morning air is wet and cool, the sunset comes with increasing winds, and in between, heat and sun kiss the vines. 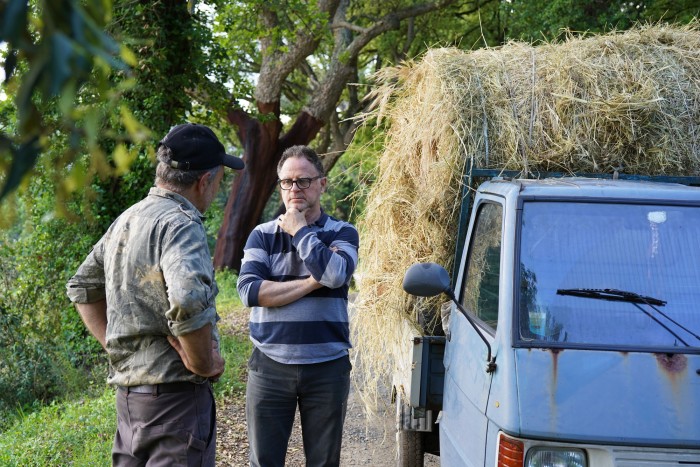 Michele chats with a farmhand

As a student of agronomy at the University of Pisa in the 1970s, the story might have it that Michele Satta had a smart presentiment that this might be the next big winemaking area in Italy. Reality is that an old family friend needed a boy to help run his fruit business and, while the family – from Italy’s north, in Varese – was on a camping holiday in the area, Michele was given the opportunity to work and study in Tuscany with the promise of a job in the end. While dabbling in peaches and strawberries, he rented some land and started growing his first grapes. This is around the same time as some of Tuscany’s noble families were releasing the new Supertuscans, internationally acclaimed wines in the Bordeaux style with grapes grown in this previously unexalted area (until not long before, the whole of Maremma was a malarial swamp). His first harvest of viognier grapes was so small that it couldn’t be fermented in a large stainless steel vat; not wanting to let it go to waste, he procured some used barriques (normally for ageing red wine), and the resulting white wine was so good – and so unusual – that it was highly praised by Veronelli, one of Italy’s most famous wine reviewers. 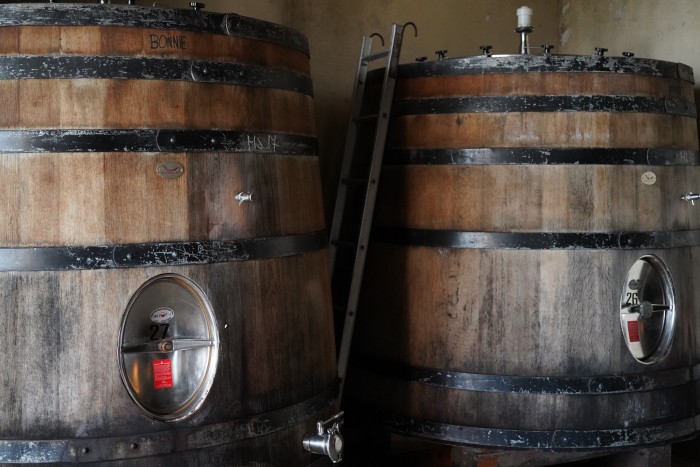 Two casks named Bonnie and Hyde. His “cantinere” names everything.

Satta’s not afraid to experiment with grapes and blends that are uncommon in this part of Tuscany, and for the most part he seems to make wines to please himself before pleasing the market (that said, he admits that his best Bolgheri Superiore is both a blend and a name – Piastraia – created for commercial success). He’s proud to say he forced the Bolgheri DOC Consortium, of which he is one of the founding members, to include the native Tuscan Sangiovese grape in the discipline, despite it making up only 2% of the grapes planted here (and probably most of those are his). Outside of the Bolgheri DOC denomination, he makes three pure varietal wines from grapes that most people in the area don’t bother with: 100% Viognier, Sangiovese and Syrah. He eschews scientific analysis, archistar vertical cellars and obsessive checking of the contents of his barriques in favour of the heart and hands. The results, he admits, can sometimes be imperfect. But wine, he believes, is made by touching the earth and getting to know it over decades, and that means taking risks. 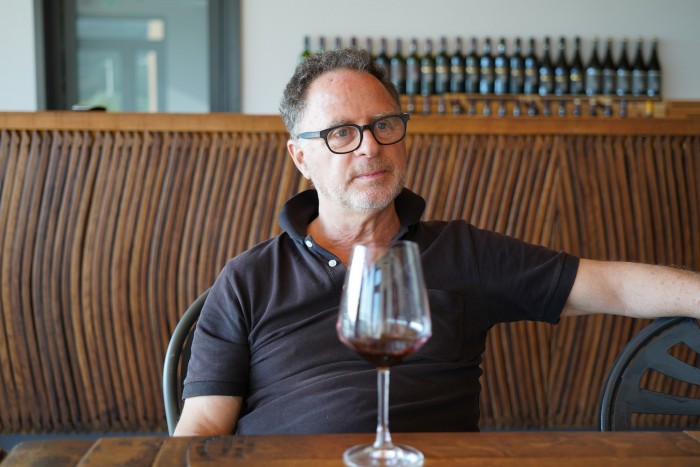 Michelangelo went to great lengths to craft the legend of the solitary genius, of the ugly, grumpy old man who couldn’t work with any one and who was solely responsible for the outcome of things like the Sistine Chapel. Scholarship has amply refuted this – in particular, Will Wallace’s archival research revealed some 13 names of friends and employees who did all the menial tasks necessary to create the great fresco, including designing innovative scaffolding. Assistants also likely painted minor figures and background elements.

Michele Satta shares the root of Michelangelo’s name, and crafts legends despite himself. Like the great artist, he says he’s ugly and prefers not to be photographed, but wants his wine to speak for itself, in the manner of the Renaissance artist’s famous reveal of the David, which he wouldn’t let anyone see during sculpting. We all know that dozens of people are involved in daily operations of the winery, but Michele does much of it in the first person, from international sales to all the decisions in the vine and cellar, to answering emails requesting visits. Now he’s handing over management to his son Giacomo (youngest of six and the only male), and he’s transmitting forty years of intimate contact with this place to the next generation. His son has already started making changes… who knows what the future will bring for this groundbreaking winery. 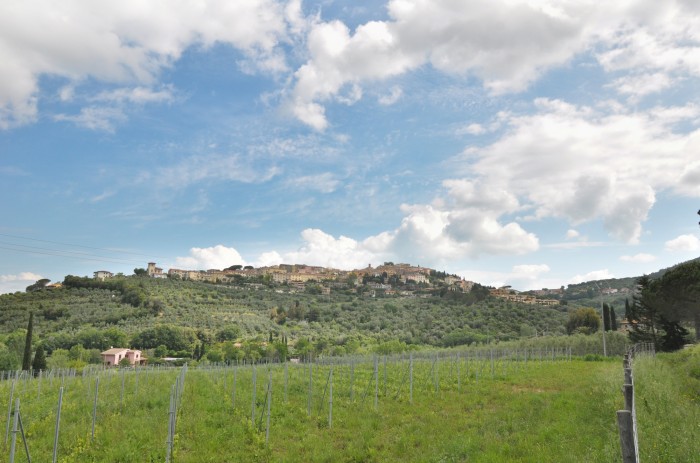 A new vine planted with a view of Castagneto Carducci above 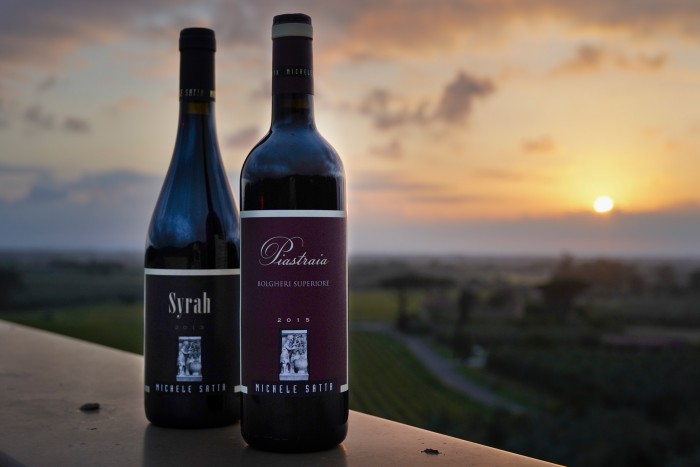 Tasting some of Michele’s wines

Where to eat near Bolgheri

I went to get to know Bolgheri, but found myself learning about what might be the least Bolgheri DOC of all the wines made here. While more wine tasting will have to be for another trip, we followed tips from friends and ate at three fantastic restaurants on our short stay that I’m happy to share with you here. 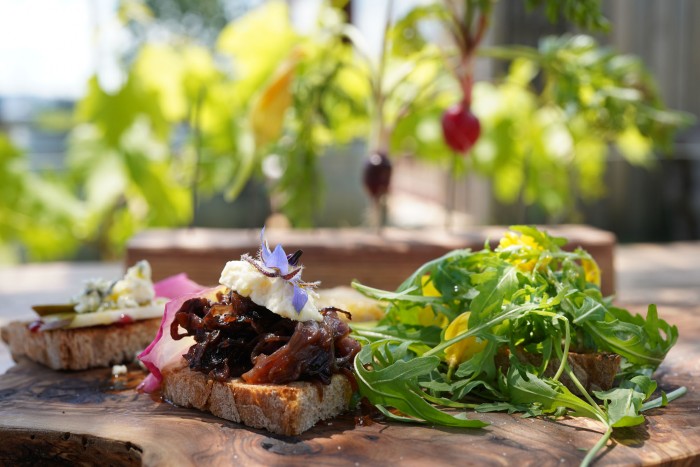