On a recent visit to the Galleria d’Arte Moderna at the Pitti Palace, I came across a group of paintings with bucolic images of the country, and the landscape struck me as being somehow familiar. What a lovely surprise to discover, upon reading the wall text, that they were the work of Francesco Gioli, one of the former owners of Villa Gioli near Pisa. I already knew about the Villa’s history and the famous Gioli brothers, but seeing the works at the museum brought the reality of the Villa’s historical importance alive before my eyes. 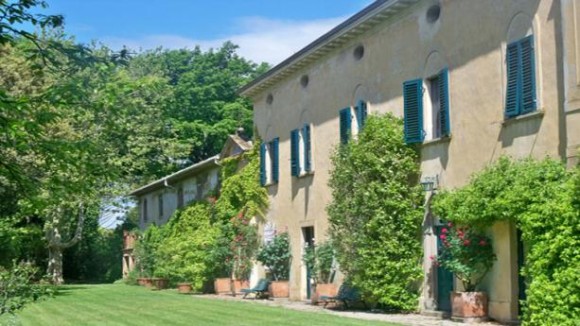 The Gioli brothers, Francesco and Luigi, were Macchiaioli painters, the artistic movement in Italy which is often considered to be the Italian cousin of the more well-known French Impressionism. The word Macchiaoli comes from the Italian word “macchia” or spot, and refers to the idea of using larger spots or patches to express shapes, light and color. You know, when you order a caffe macchiato at the bar, it’s the same idea. Your espresso is “spotted” with milk.

Though the two movements are certainly closely linked, many people don’t realize that the Macchiaioli pre-dated the Impressionists by nearly a decade. Many of the Italian luminaries, namely Silvestra Lega, Giovanni Fattori, Telemaco Signorini, and of course the Gioli brothers, made regular trips to Paris and had a lively dialogue with their French neighbors. Several of the Gioli brothers’ works were in fact shown at the Parisian Salons. The famous Venice Biennale, which began in 1895, also exhibited several works by the Gioli brothers. 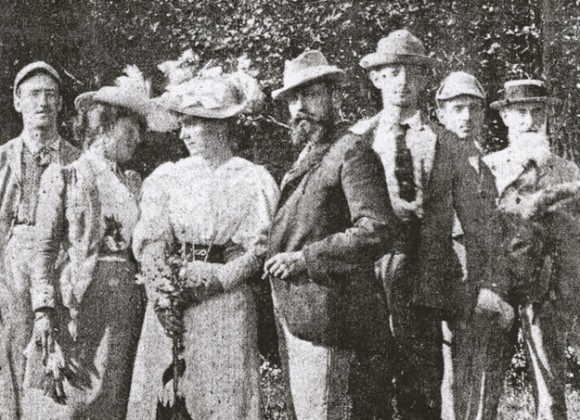 Breaking with academic tradition, these artists did much of their painting outdoors, to better capture the true qualities of light, shade and color, and many of them sought an escape from the city, and a return to more traditional country life and subjects. What better place than Villa Gioli, or Fauglia as it is often called, to serve as a refuge and inspiration for this dynamic group of rebellious artists?

Remembering one of my first visits to Villa Gioli years ago, I still recall the startling quality of light that I observed upon entering the tower. You see, the original villa was constructed around 1700 as a casina di caccia (a little hunting house), with the side tower and additional zones added in the middle of the 1800s. The tower eventually served as the Gioli brothers’ studio (note the accompanying photograph of the two artists at work), and in fact it is easy to imagine creative inspiration while watching the patterns of brilliant country light filtering through the large windows in the tower. 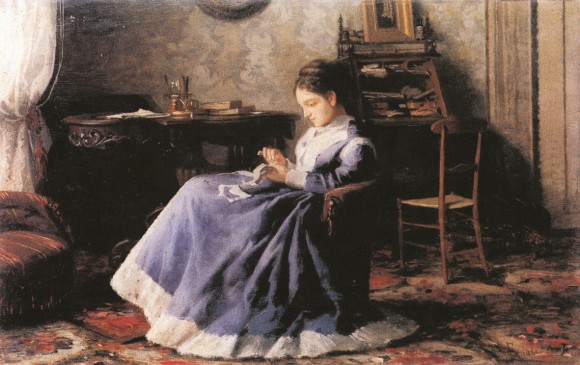 One of the most interesting things about Villa Gioli and its role in the Macchiaioli movement can be found in the enigmatic figure of Mathilde Gioli, wife of Francesco. Born of noble blood (her father was Marchese Ferdinando Bartolommei), Mathilde broke from tradition and expectation by marrying the young and adventurous Francesco. Mathilde, a writer and painter in her own right, was the quintessential hostess, and luminaries from the literary, artistic, and political worlds were all drawn to Villa Gioli for the spot’s seclusion, beauty, and the sure knowledge that they would encounter exciting and heated discussion with their contemporaries. Ironically, despite its reputation as the birthplace of Western civilization, Italy is a very young country (founded in 1861), and so the Macchiaioli were just one facet of a very exciting moment for the country in which its people were deciding the future shape of a newly unified nation. One can only imagine the fervor and passion with which the varied company gathered by Mathilde at Fauglia spoke about this new nation. 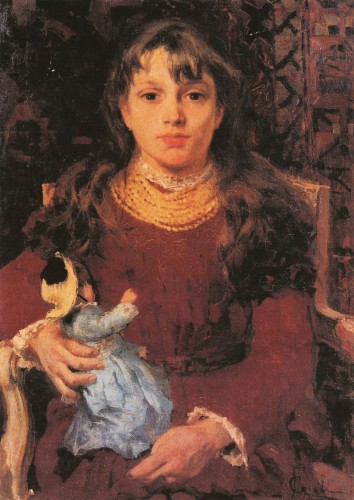 Looking at some of the images from the Gioli brothers shown here, take a second to enjoy the lovely portrait of a young girl with her doll, Franca Bartolommei Gioli, grand-daughter of Francesco and great-niece of Luigi (Luigi never married or had children). This young girl is the mother of the Villa’s current owners, whose lives have been rooted at Fauglia, and in the Villa’s history. Ilaria Cerrina-Ferroni, another one of the current owners, still remembers her great-great Uncle Luigi, who lived to an astonishing 92 years of age. As children, she and her brother and sister would sneak into his room to steal his favorite cookies, and she still remembers the indignant cries of her elderly Uncle as the mischevious children escaped down the stairs.

Sadly, the Macchiaioli are often over-shadowed by their French Impressionist cousins, and the vast majority of these painters received little to no recognition in their lifetimes. The next time you are at a museum in Italy, be sure to seek out the section devoted to this group of extraordinary men, whose new and revolutionary ideas paved the way for some of today’s most well-known and loved artists, as well as for the cultural unity which continues to bring Italians together today. Even better, plan a trip to the area of Villa Gioli, and be sure to come prepared with a set of colored pencils and a sketchbook to help record your own impression of the magical light and natural beauty of the area.

Visitor notes: While unfortunately Villa Gioli is not open to the public (it is a private villa rental), in the Palazzo Comunale village Fauglia at 3 km from Villa Gioli there is a museum with works of Giorgio Kienerk, one of the major Macchiaioli painters (open complex hours, look it up before going). Pisa’s Palazzo Blu hosts some paintings by Luigi Gioli in its permanent collection (open M-F 10-19, Sat-Sun 10-20, free).

Katharina Allès Trauttmansdorff moved from Austria to Italy at age 18 and landed a job working on the wine estates in Chianti, where she was enchanted by the people and their traditions. Estate owners asked her for advice on how to welcome foreign visitors and spread the word about their vineyards. She realized a business opportunity in the making and opened Trust&Travel vacation rental agency in 1992. On her blog Katharina’s Italy she hopes to reveal the true spirit, authentic customs and hidden treasures of the Bel Paese, and help people  prepare for exceptional holidays in an exceptional country.