You’d probably never thought of staying in Volterra as a home base from which to explore Tuscany. More people tend to make themselves at home in the Chianti area, or near Cortona, the Valdarno, or even in Florence. Other than Volterra itself, you’d be hard pressed to name a major town or attraction in this area. Which is precisely part of its charm. Here’s an itinerary of some things to see in this part of Tuscany that you may may well have overlooked. 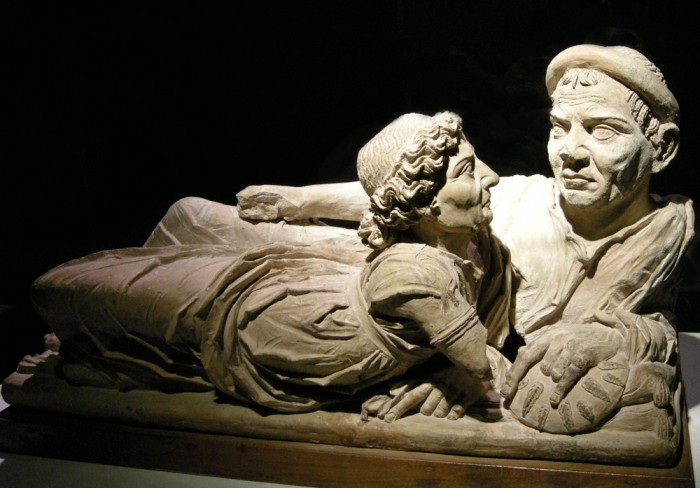 The town of Volterra itself is an obvious destination if you’re going to be in the area, but it shouldn’t be the only thing on your list! This Etruscan town has a bit of everything moving through the ages; I’ve written about what to see in Volterra through the ages here, so won’t repeat myself.

But: Don’t miss the large Etruscan museum (Museo Guarnacci), which contains a ton of treasures in a bit of a strange, old-fashioned layout. It holds two most valuable highlights. The Urna degli Sposi is a late Etruscan work in terracotta, the lid of a funerary urn. This remarkable image of a man and a woman shows them given equal consideration, in incredibly realistic detail. The Ombra della sera, on the other hand, is a totally different style: an elongated bronze statuette of a boy, probably an ex-voto figure for fertility from the third century BCE. Extremely modern in conception, it looks like it might have inspired the elongated figures of Alberto Giacometti.

While in Volterra, take the time to visit at least one of the many alabaster shops, for this precious material is one of the reasons the town became famous. Although some stores sell mostly tourist trinkets, others are run by still working artisans who may be willing to give you a demonstration of their work. 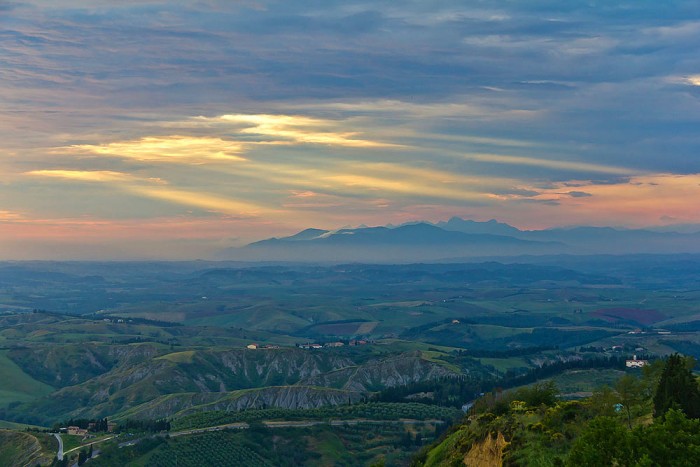 The earth outside of Volterra has been subject to major erosion in the past (no worries, we’re looking at thousands of years ago), creating an unusual moon-like landscape with sharp cliffs. Much less famous and more vertical than the equally lunar Crete Senesi, le Balze di Volterra is a paradise for landscape photographers!

The sculptures of Mauro Staccioli 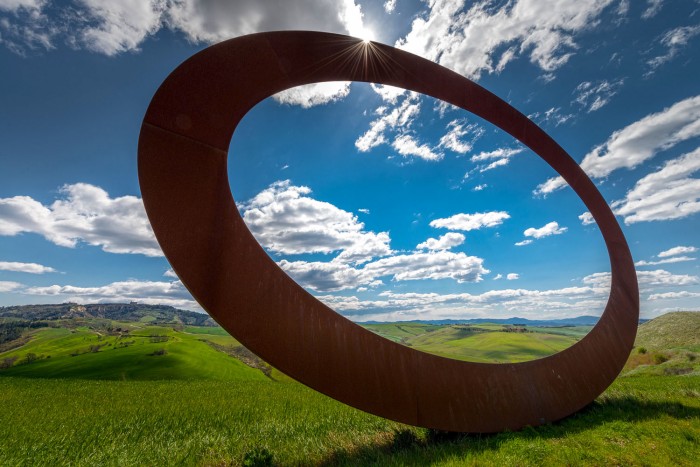 If you’ve read this blog before, you’ll know that I love landscape art and art parks. I’ve always loved the geometric simplicity of the works that Mauro Staccioli has placed in the Volterran landscape. This important Italian contemporary artist was actually born in Volterra, and he installed these works, first temporarily, in 2009 – but they were so successful that he left them there. The sculptures create a beautiful dialogue between landscape, art, and us, the viewer. Plus they make for a brilliant photo op. You can download a map and find them all, stopping by the side of each small road to enjoy them.

If you want to head truly off the beaten path, I believe nobody ever visits Saline di Volterra. Low to sea level, this small town was affected by a major flood not long ago, and features no major architecture or things to visit. But if you’re interested in industry, this is the main place that salt is produced in Tuscany. The company Atisale extracts salt underground, around 100-200 meters below the surface, from an ancient sea that covered Tuscany 20 million years ago. Their guided tour (available on request by filling out the form at that link) must be fascinating! 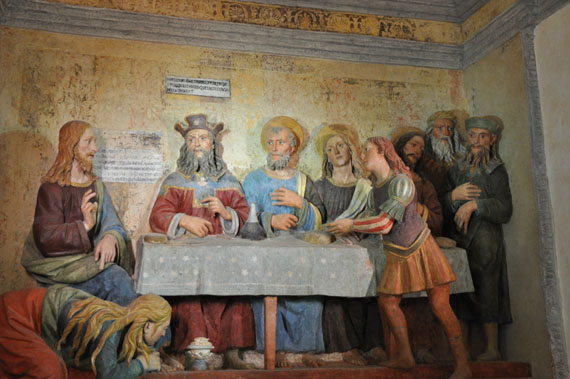 One of the immersive works at San Vivaldo

35 minutes on a very small mountain road will bring you to a fascinating and isolated sanctuary of a type that is rather rare to find in Tuscany. The hermit San Vivaldo is said to have lived in this place in the Pisan hills around the end of the 13th century, and a church and hermitage named after him was established by the Franciscans. In 1500, this became the location of the “Jerusalem of Tuscany,” a substitute pilgrimage location of a type called Sacro Monte. See lots of photos and learn more about this fascinating place in my blog post.

Where to stay near Volterra 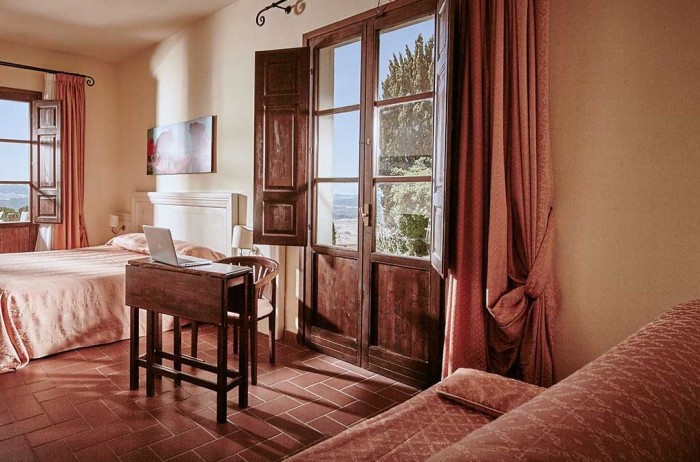 Park Hotel le Fonti is a large and fully equipped 4-star hotel and restaurant, with swimming pool and spa, and room options for families of all sizes. It’s located just outside the town of Volterra, ideal to relax and get away after a day’s touring. The hotel is family run by the Bessi family, in its second generation as hoteliers. Their ancestor, the 19th-century Cav. Giusepe Bessi, was an important alabaster artisan – his work, continued now by new masters, can be seen at the family’s alabaster store in Volterra (Bessi Alabastro on via Turazza).