Understanding the history of Florence through primary texts

One of the best ways to make the past feel alive is to read direct testimonies of it. One of the reasons I chose to study the Italian Renaissance is that there are some really fun primary texts from this period. In vernacular or in translation, they have a common and sometimes formal voice and structure, but with glimpses of humanity and often hilarity. Florence is a lucky city: its past residents were so moved by civic pride and love that they basically invented the “chronicle,” personal histories of everything that happened in their city in a certain lifetime. Some make for better reads than others. Here are some of the good ones. 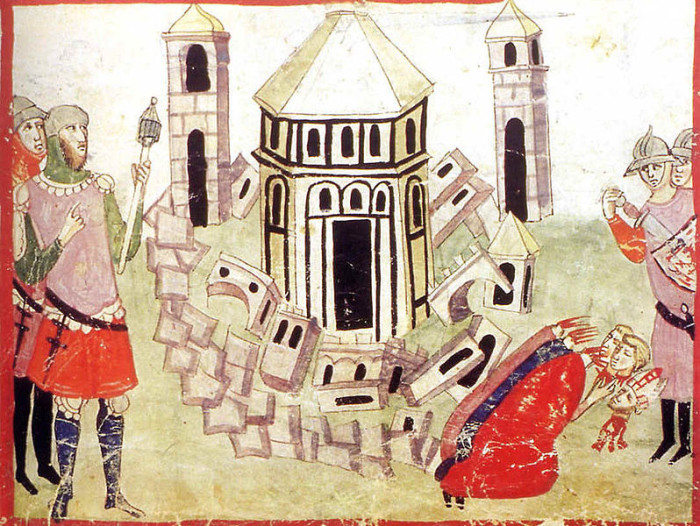 If you want fun facts about how many pounds of meat were required to feed the populace, or how many children were in school when the author was alive, this is a great book. Villani is the best of the Chronicles because he combines short factual notes about political happenings in Florence or beyond (like Constantinople!) but then he’ll tell you the episode of a lion who escaped and held a little boy between his paws:

There was presented to the commonwealth a very fine and strong lion, the which was in a den in the piazza of San Giovanni. It came to pass that by lack of care on the part of the keeper, the said lion escaped from its den, running through the streets, whence all the city was moved with fear. It came to a stand at Orto San Michele, and there caught hold of a boy and held him between its paws. The mother, whose only child he was, and not born till after his father’s death, on hearing what had chanced, ran up to the lion in desperation, shrieking aloud and with dishevelled hair, and snatched the child from between its paws, and the lion did no hurt either to the woman or to the child, but only gazed steadfastly and kept still. Now the question was what was the cause of this, whether the nobility of the nature of the lion, or that fortune preserved the life of the said child, to the end he might avenge his father, the which he did, and was afterwards called Orlanduccio of the lion, of Calfette.

Unfortunately, to find these tidbits, you kinda have to skim the text and its misleadingly appealing titles – each short reflection is titled “how the…” as in “How the Florentines built the Ponte Santa Trinità” – which is no more than a statement that they did so, and has no information about how they did it! Villani’s Chronicle

(Amazon link) is available to read for free on Project Gutenberg!

Compagni wrote his history in 1310, 30 years after a series of roles he held in the Florentine government, and 10 years after the politically unstable period on which his book mainly focuses. Indeed, he writes about factional strife, and with enough distance that he focuses on this, eliminating some of the local colour that might have made for more fun reading. By looking back, Dino sees recent history lucidly as a series of fractures, in which two parties compete for power, then the ruling party fractures into two, and that again breaks up into two, etc. Each time there is a unity of ruling families there is a moment of stability, but as these alignments were forced, they didn’t last long – much like Italian politics today, in fact. The text is full of names and intrigues. You really get a sense of just how many people were involved in Medieval politics due to the structure of government that purposefully changed power every few months to avoid any one family taking over. The introduction by Daniel Bornstein is essential reading in Medieval history classes.

Leonardo Bruni was chancellor of Florence, although he was born in Arezzo. In 1415 until his death in 1444 he wrote a very complete history of the city. It’s a bit long, but if you’re looking for complete, Harvard University Press has got the multi-volume work translated into English from the original Latin: History of the Florentine People, Volume 1: Books I-IV (The I Tatti Renaissance Library)

Machiavelli, The History of Florence

Machiavelli is best known for his Prince, but the History of Florence was an 8-book work commissioned to him in 1520 by the University of Florence and presented to Pope Clement VII (Giulio de’ Medici) in 1525. The narrative tells the story of Florence from its origins until 1492; the author apparently intended to continue. This version of history focuses on the spirit of civic humanism and talks about conspiracies and plots between political competitors, and is seen as a kind of case study illustration of the author’s more theoretical works. As you may imagine, it is full of Medici flattery. Interestingly, the author says that he looked to his precedents both for organization and style, and expected that they’d written everything up to about 1434 so he was going to start there, but that he found they didn’t mention certain things he found essential, so he had to take a step back into history. Machiavelli is highly conscious of writing within a tradition of city narratives. In Book V, Machiavelli abstractly describes a cycle of history from chaos to perfection and back. In generally his observations are fascinating and dense, best read in abridged translations.

Francesco Guicciardini also wrote a History of Florence, and was a friend of Machiavelli’s. This book, Maxims and Reflections (Ricordi)

, was published in 1561 and consists of a reordering of various “thoughts” about Florentine public and private life, some fishing from his other writings (he did two unfinished histories of Florence, amongst other books). This Florentine statesman had an exceptional career as ambassador to Spain and in the Papal administration. Experts see this sixteenth-century volume as very different from the earlier histories we’ve surveyed here because it is written during a period of crisis and disillusionment, and he is much less theoretical and book-informed than Machiavelli.

The book also holds together a lot less: it is a series of “maxims” or thoughts, some very short, like a paragraph or even just one sentence. It’s like hearing a scheming Tuscan grandpa say a bunch of wise statements after a life of observation. Here’s some wiseness from Guicciardini that is truly evergreen, and that we can follow any time we want to cover our asses.

Do not let the ingratitude of many men deter you from doing good to others. To do good without ulterior motive is a generous and almost divine thing in itself. Moreover, while doing good, you may come across someone so grateful that he makes up for all the ingratitude of others.

If either necessity or contempt induces you to speak ill of another, at least be careful to say things that will offend only him. For instance, if you want to insult a particular person, do not speak ill of his country, his family, or his relatives. It is a great folly to offend many if you only want to insult one man.

If you are seeking the favor of men, be careful never to give a flat refusal to anyone who makes a request of you. Rather, you should give evasive answers, for it may happen that someone who asked for something will not need it later.

I’ve saved my personal favourite for last. Women didn’t tend to leave a lot of primary sources behind, other than the occasional will and letter. They didn’t write memoirs of their families or cities. But we do have a wonderful collection of letters, nicely edited and translated into English, written by Alessandra Macinghi Strozzi to her sons while she looked after her family’s affairs during the exile of its male members starting in 1434: Selected Letters of Alessandra Strozzi

. It’s one of the most revealing documents of private life in Renaissance Florence, and shows an entirely different side of the city than Villani’s or any male chronicler’s. It’s a woman’s world of running the family in absence of men, struggling to keep the household income high and the family status despite political misfortune.

The best part about Alessandra’s letters, in my opinion, are her very down to earth reasonings about the marriage she has arranged for her daughter Caterina to a guy named Parente di Piero Parenti, from a good silk-manufacturing family. She talks about how this was the best she could do as a better noble family would cost too much in dowry money, while this guy needed cash, so was willing to take the 16-year-old, and had they waited, she’d have been a bit seasoned. We get details of the wedding trousseau and some indications of contemporary fashions. The letters start with this good news, and we learn of Caterina’s first child and more as the years go on. Then there’s gossip about servants, news of comings and goings, and occasional mentions of what the neighbours are up to. I can hear my own mother’s voice in these letters, like our own daily emails only less frequent since they were carried by messengers on mules or horses! Can’t you hear your own mom in this:

Ill send you the jar of aromatic herbs, but the best medicine for your stomach is to watch what you put in your mouth.

With this wise bit, I shall take my leave. Happy reading.