The expat community in Florence, Italy

Ever since Florence, Italy became a stop on the Grand Tour in the 19th century, it has had a strong “expat” presence that quickly formed into a community. Modern Florence continues to appeal to numerous English speakers, in particular, who make the city their new home. Numerous expat groups and resources are available in the city to make the transition – or  long term life – easier for us “foreigners” who choose to live here. 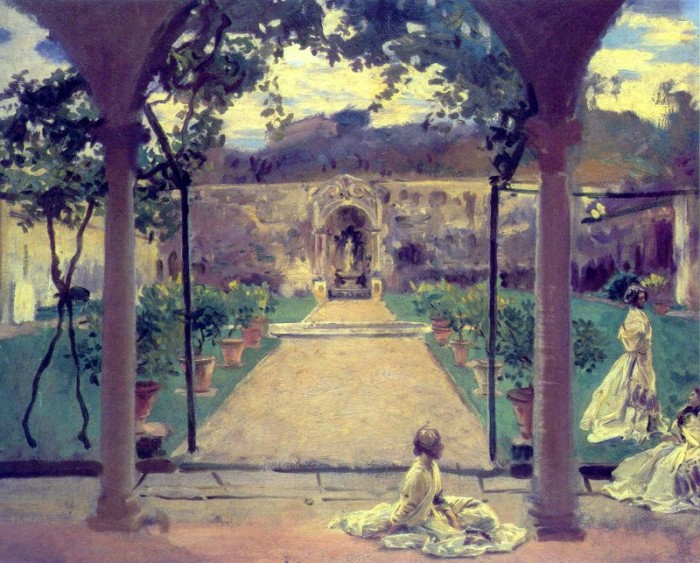 Life as an expat in Florence in the 19th century was super relaxed | John Singer Sargent, At Torre Galli: Ladies in a Garden, 1910, oil on canvas; Royal Academy of Arts, London

Expats in Florence in history

The 19th-century expat community revolved around gatherings of various sorts, mostly literary or artistic salons run by the English and American, as well as some German, upper-class foreigners who made Florence and its surrounding countryside home for a few months or a few years at a time. Art historians Bernard Berenson and Aby Warburg (who didn’t, however, ever meet), art collector Herbert Percy Horne, author Vernon Lee and artist John Singer Sargent were part of this first wave that saw Florence as a place poised on the brink of modernity and who sought to hold on to its every historic, artistic inspiration for fear that it might be lost. Those interested in finding the tombs of expats who spent their last years in Florence should head over to the English Cemetary, where Elizabeth Barrett Browning is likely the most famous inhabitant.

Florence continues to hold appeal for a cultured, foreign public, attracting new types of long-term visitors, ranging in age from young study abroad students (since the 1960s, Florence has been one of the most desirable locations for this) to older retirees, some following in the footsteps of Frances Mayes’ dream recounted in the bestselling Under the Tuscan Sun. Florence holds an inexplicable draw for many of us – we all have different stories, though many of our stories have points in common.

Florence still has a strong expat community that revolves around certain locations and events. When I was first settling in, I preferred to focus on making Italian friendships, but as I’ve become a veteran at Italian living, I find that there’s no reason to exclude making some expat friends (in my case, they are mostly bloggers). Conversation flows easily when you find people who are open and who have shared similar experiences to your own. Often, fellow expats fit this profile – they are often people who tend to be outgoing and who have made a life choice to move to Italy, and sharing our stories together can be both fun and sometimes essential for survival!

If you’re new to town, or planning a move, here is where to find the expat community in Florence, Italy.

The Florentine. Stop number one is The Florentine, the city’s English language news magazine, where I just happen to work. The newspaper has been running since April 2005 and is currently a monthly printed free-press, with a strong web and social media presence. This is where you can find an English-friendly events listing, classified ads for English speakers (including potential jobs, as well as services and friendships), and read articles of interest to you. TF organizes monthly events which are a great way to meet up with other foreigners in the city.

The British Institute of Florence. Said in their own words, “Founded in 1917 to promote cultural exchange between Italy and the English-speaking world, the British Institute today offers a comprehensive programme of courses in the Italian language, the English language and history of art as well as a wide range of cultural events.” There is a weekly cultural programme as well as tea held every thursday, so if you’re from the UK and craving the sounds and tastes of home, this is where you should go!

Creative people in Florence. Although not strictly an expat group, creative people in Florence is a group founded by two American artists to “foster collaboration, promote members’ projects, and activate the contemporary arts in Florence.” They have a very active Facebook group and hold regular aperitivi events, as well as organize group shows and pop-up stores. Their beautiful website is a great way to discover the stories of some of the city’s artists, who come from all over the world.

Firenze Moms 4 Moms. If you’re an expat mother looking for that perfect playdate and tips on how to wade through life with kids in Italy, Firenze Moms 4 Moms is a long established social group that can help you.

Churches. St. Mark’s is the “English church in Florence”, of Anglican denomination, while St. James is the American Episcopal church. There is an Evangelical Methodist church and also the Florence Gospel Fellowship. All have services in English.

Internations. Although I personally have not attended their events, this members-only expat community is organized in major cities around the world, and holds regular events in Florence.

Yelp Firenze. I’ve mentioned this social network before when I listed, back in 2013, ways to meet people in Florence. Yelp is an online review website with an important physical presence in the city, encouraged by the Community Manager who just happens to be a native Canadian, although she’s half Italian and very, very fluent in both languages (lucky girl). This fun group is open and welcoming, and you’ll meet some expats there as well as a great group of active Florentines (and “imported” Florentines from other Italian cities) at their events, held almost weekly in various locations in the city.

Facebook groups. There are various expat facebook groups that can be good support for the newly arrived. There’s “Foreigners in Florence” and also for the countryside “expats in Maremma and country Tuscany” in case you’re out of town. There are also specialized groups for people who draw and people who write, that also meet in person.

See also another list of places for Making friends in Florence by Georgette of Girl in Florence.

Got any more for me? Let me know in the comments! 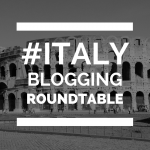 The topic this month is “community” – I encourage you to check out the reflections of those who have managed to write on this interesting topic.