The Garbage Revolution comes to Florence 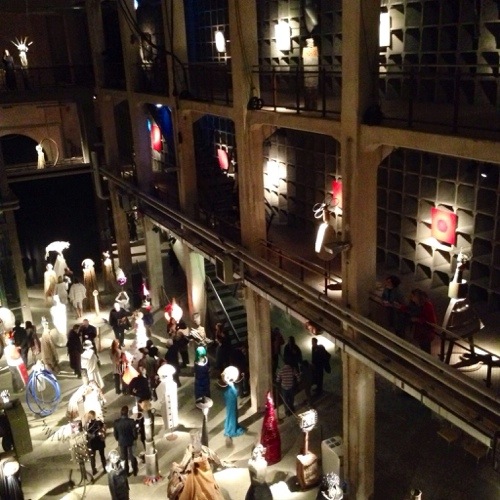 As children see forms in clouds, Rodolfo Lacquaniti sees armies rise out of scrap metal, irrigation tubes and discarded items of any type. Born on his farm in Maremma, where I first met his small army back in 2010, the troupe has grown into a full blown Garbage Revolution, which is on display for just a few days in Florence at the Stazione Leopolda, inside Vintage Selection. 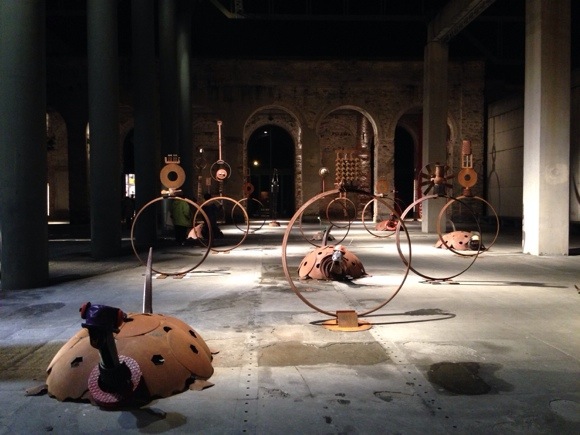 Visitors are greeted to the Stazione Leopolda by the army of mutant turtles wearing protective head gear that I am used to seeing in the courtyard of Rodolfo’s home, which is the beginning of the story told by his art park, the Giardino Viaggio di Ritorno. Displaced here, they are given a new meaning, and the narrative changes, though remains significant in the context of the fantastic post-industrial space that is the Stazione Leopolda, and within Vintage Selection, a major vintage clothing show that expounds a similar value of reuse (although in a very high fashion sense). The exhibit continues in the room called Alcatraz, a three-story warehouse space annexed to the ex train station.

Dramatic lighting, smoke effects, music and voice complete the installation of the now-grown army, which has become colourful, worrysome, playful, threatening, hard, soft and plastic at the same time. The army develops over three stories and seems right at home in the reinforced concrete space. It’s outgrown the barn in Maremma, I wonder how they will find their way home. 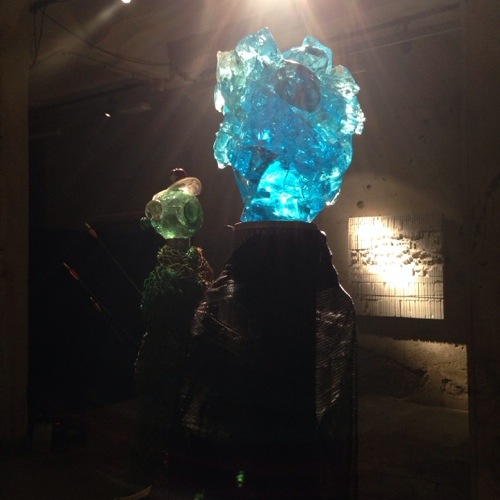 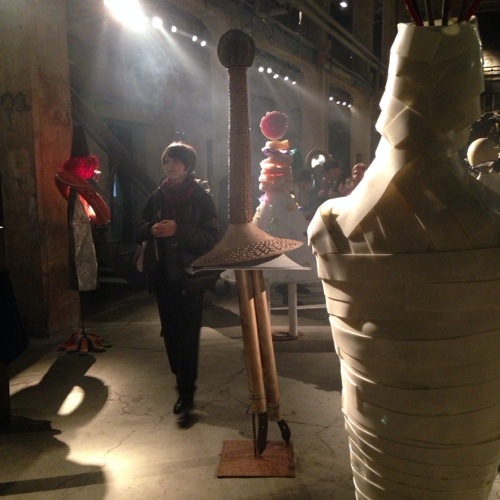 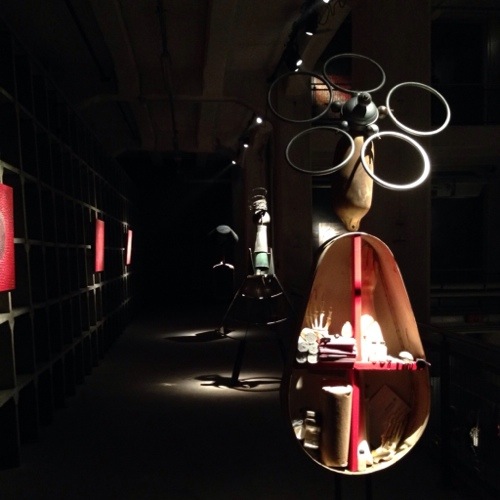 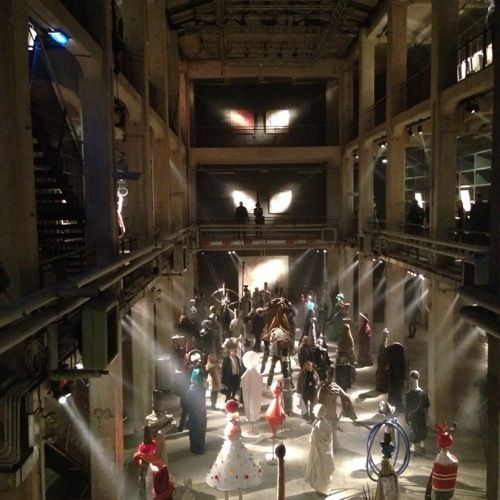 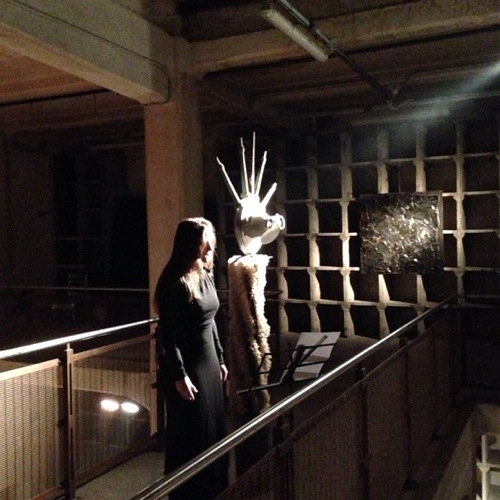 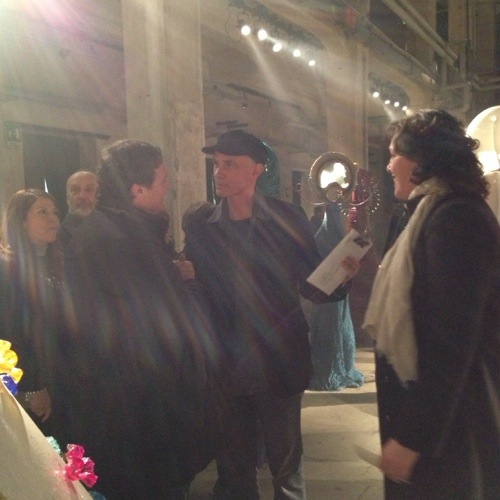 (the artist speaking with admirers)

I interviewed Rodolfo at his home in Maremma, inside the original installation of this work back in 2010. Here is the resulting video, which explains the meaning of the Garbage Revolution, and article on Illywords; see also this longer critique of his work that I wrote on TuscanyArts.

It is always a pleasure to see work by a friend receive the recognition it deserves. Rodolfo told me a while ago that he dreamed of showing his work in this space, and it has taken years to pull it off. There’s a study to the way the lights are placed (he is an architect) and to the combination of sensations that show a maturity to this project, site specific for one place, but that has mutated to fit another. Finally a visit to the army is not an intimate one in a small, private space as I’ve seen it a few times, but something to share with friends, a joy to discover the various details of the works and spot the human forms in soul-less garbage.

After Florence, Rodolfo’s art park in Maremma will eventually return to normal, and can be visited upon advance request.