The gardens at Medici Villa Petraia

On a recent sunny afternoon, I had some very difficult guests in the house, and they were itching to get out: my parents. My parents have been to Florence so many times that they, like many residents, have stopped doing anything at all touristy. But with a few hours to kill, I thought: what can we do that is free, has parking, and doesn’t take longer than 3 hours. Answer: the Medici villa at Petraia. In Florence’s Castello district, it can be reached by ATAF bus or, in my case, by car, with street parking. 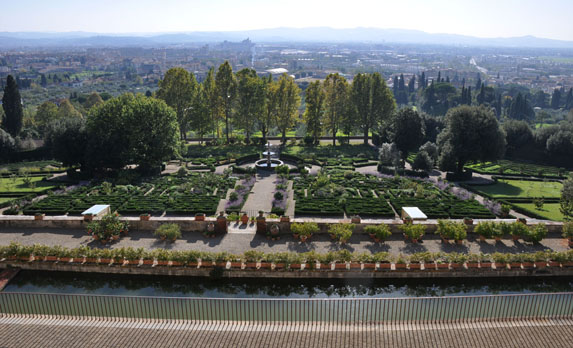 View of the formal garden at Petraia from a window of the villa, towards the city of Florence

This 16th-century villa was rebuilt by Cosimo I on an earlier structure that had previously belonged to two very illustrious families – the Brunelleschi and the Strozzi – but it was really the villa of his son Ferdinando I, who had the gardens done. 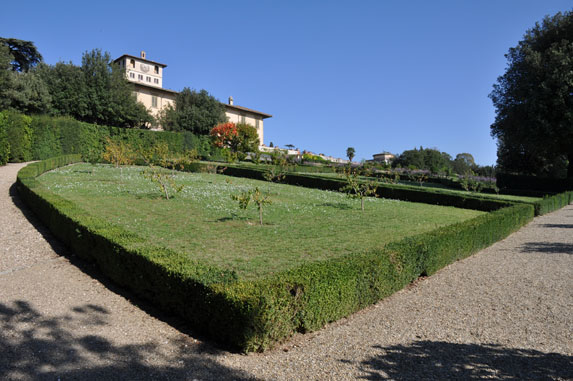 The garden, on three terraced levels, presents formal plantings that approximate in some ways the original shape of the garden that we know thanks to the lunette painted of this villa by Giusto Utens around 1600 – one of 14 such documents of the Medici’s vast estates. 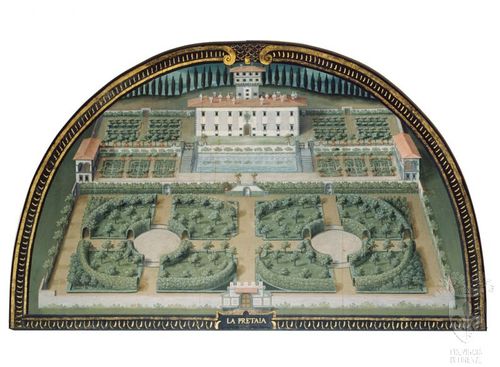 The lowest level of the garden used to be planted with a series of rounded pergolas that permitted a stroll in the shade, while now these same areas are dedicated to box hedges as you can see in the photo below. The circular fountain here is from the 18th century and it, as well the large pool before the stairwell to the building and 2 other fountains in this garden, was fed by an aqueduct that Ferdinando had built by Tribolo, but that never provided quite enough water to make this a major element in the garden. 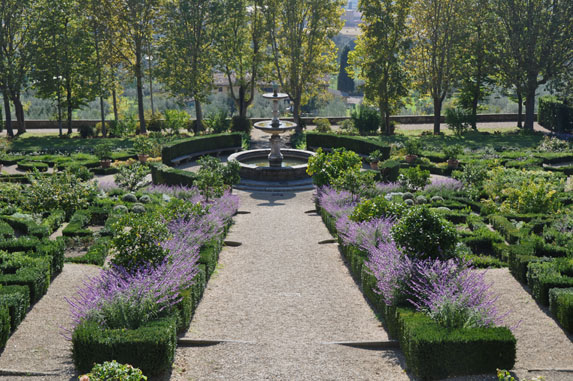 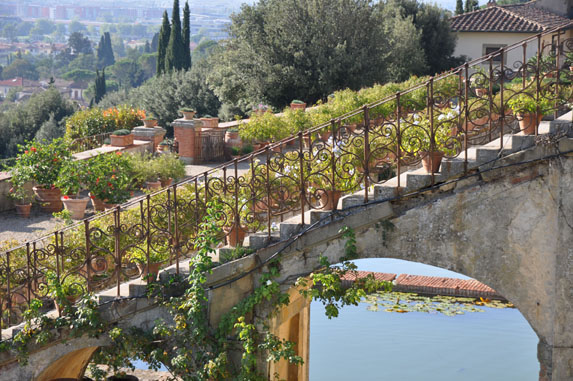 A swath of beautiful purple flowering plants lead up the central path towards the building. 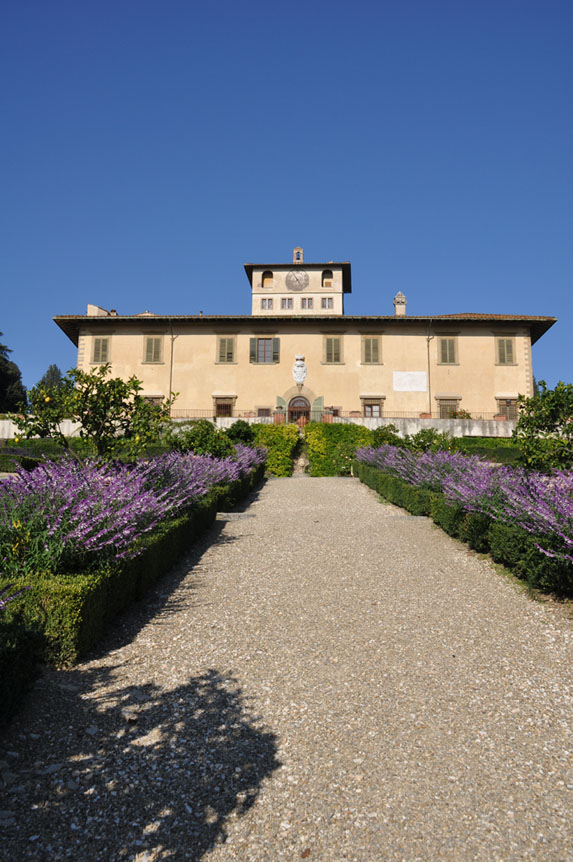 The upper terrace holds some decorative plants and a fountain topped by a Giambologna statue of Venus now housed inside, and replaced with a copy (not pictured here).

The building itself is in a solid but unadorned 16th-century style that doesn’t seem all that special, although it sports an attractive coat of arms above the door and a sundial on the facade. 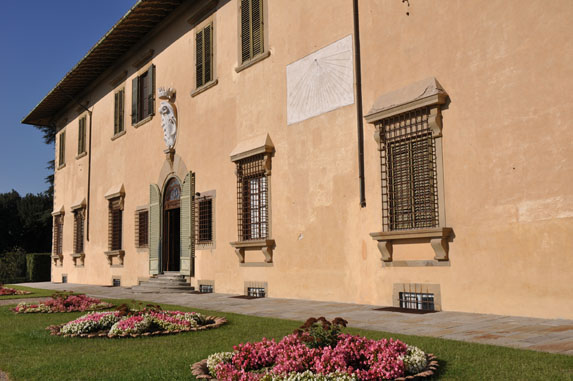 If photos had been permitted inside the villa, I might have shown you the glassed-in courtyard with frescoes from the first decorative programme of the villa, and then a series of opulently decorated 19th-century rooms (less interesting, IMO). 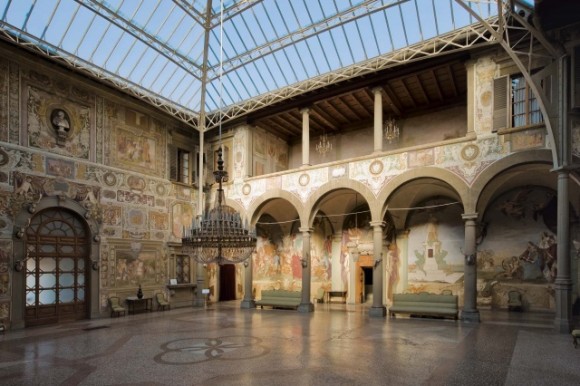 The inside of the villa is visitable by group tour that runs each hour on the half hour. When you arrive at the property, check what time the next entry is. However, look around for a custodian because when we went, the door to the interior areas was closed but we were the only visitors, and sure enough we managed to get the very surly custodian to open up for us and unceremoniously wave us into, and quickly through, the rooms.

Opening hours vary with daylight, usually opening at 8:15am and closing anywhere from 4:30 to 6:30pm, closed alternate Mondays. Visiting the garden and villa is free!

Until the end of November 2012 there is an exhibit of three of the Utens lunettes inside the villa, seen in this press photo.