Our friend Lapo has allowed me to use some of his beautiful photos of travels in Italy, and, inspired by these photos of the ponte vecchio, I figured I should post something about this famous old bridge, over which runs the Vasari Corridor – below find information about reservations to get inside the Corridor. 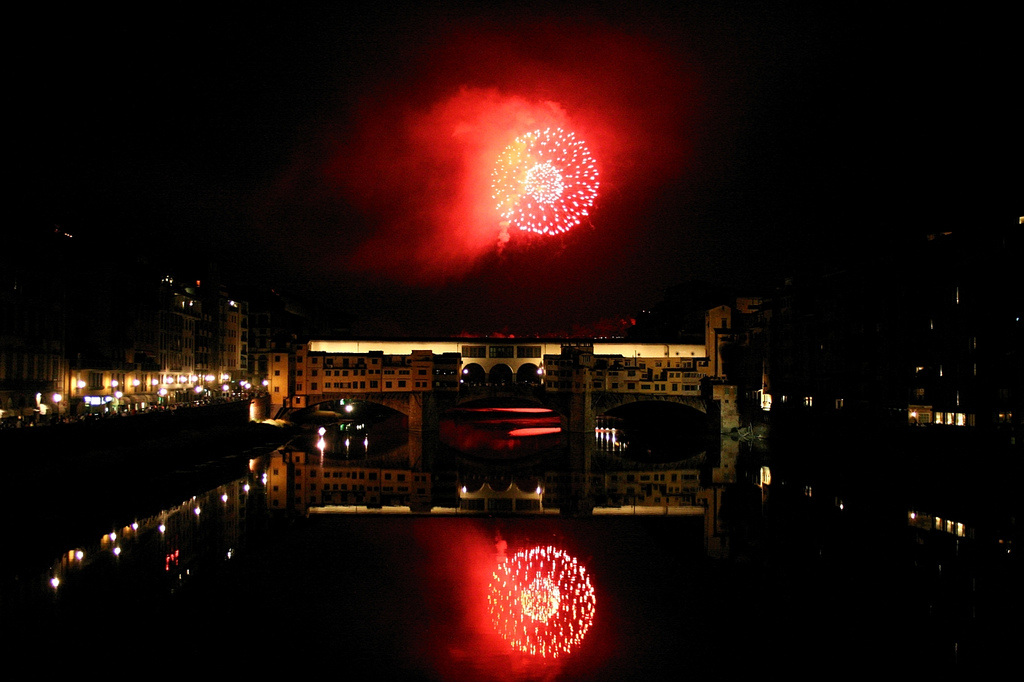 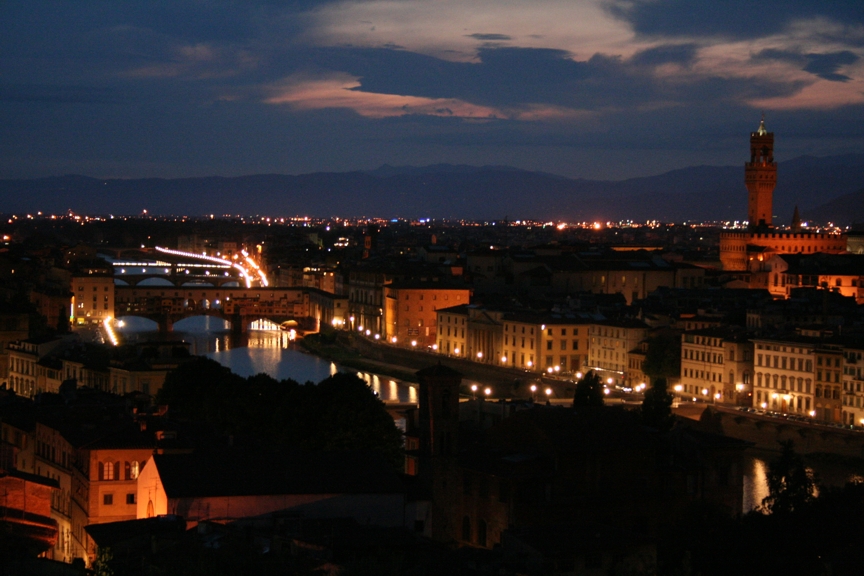 There has probably been a bridge at this narrow part of the Arno since Roman times; there is mention of a bridge in the year 996, but earlier versions often succumbed to the force of the water during occasional flooding. The current version was built in 1345 by Neri di Fioravante, with three strong arches in order to support buildings on either side, as if it were a continuation of the street that precedes it (Via Por San Maria).

The particular wooden store fronts that spill out onto the walkway were first home to butchers and vegetable sellers, until, in 1593 the grand duke Ferdinand I de’ Medici decided that this was too smelly. The problem was that the famous VASARI CORRIDOR (that links the Palazzo Vecchio to the Boboli Gardens and Pitti Palace – a handy escape route for the family) passes over the tops of the then-butcher-shops: if you look at the top level of the bridge you can see an even row of square windows lined with pietra serena (grey stone). In order to not pass above odors of mature prosciutto and rotting greens, the Duke decided that the new occupants should be goldsmiths – more appropriate to the luxury of the ruling family.

The bridge gets to be extra “Old” as it is the only bridge to survive the German bombing of August 1944, perhaps due to widespread knowledge that the treasures of the Uffizi Gallery were “hidden” here in the corridor above.

To book a visit for 10+ people to the Vasari Corridor you can send an email request here (prenotazioni@operalab.it) or call Firenze Musei – Opera Laboratori Fiorentini at +39 055 294883 or +39 055 2654321 (this second number is almost always busy!). Occasionally, batches of dates and times are released for visits by single persons, though they fill up quickly.

The corridor houses the museum’s collection of artists’ self portraits, which artists have been sending them for free ever since word got out (and apparently, they have way too many to display even here). There are some charming views onto the ponte vecchio, too. I took these two photos during a visit a few years ago. 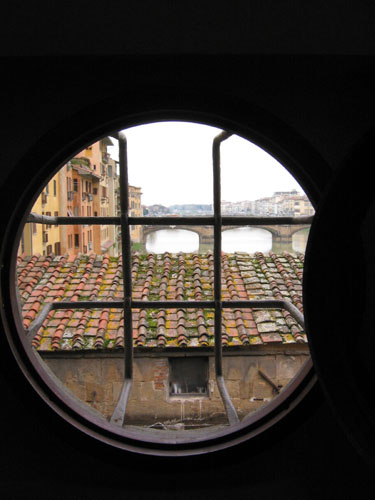 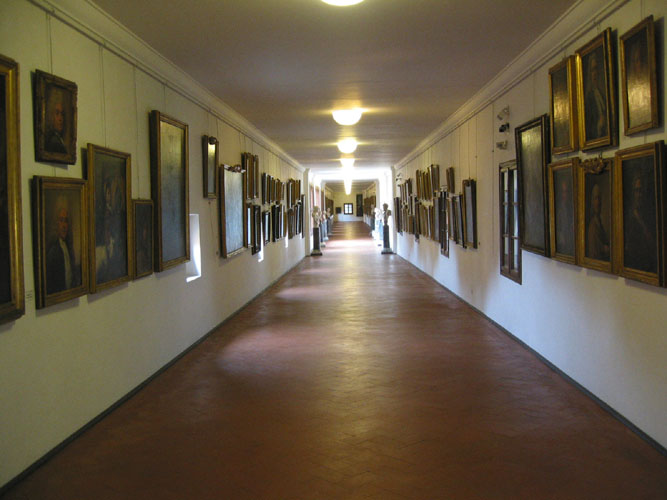 Looking down the corridor