The Baptistry of Florence

The Baptistry of Florence is one of the city’s most central buildings – right in front of the Duomo with its famous dome by Brunelleschi. Let’s take a moment to learn more about the history and layout of this important building. 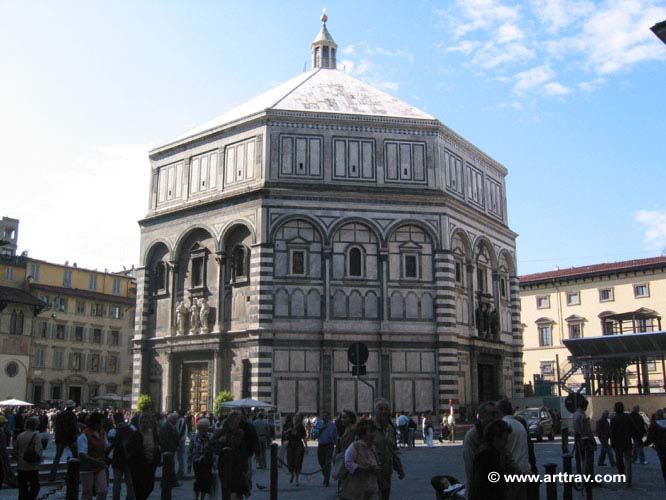 A Baptistry is defined as the locus for baptism. This is usually done inside churches in a baptismal font and does not require a separate building, but Florence (like Pisa) has separated out the parts of its Cathedral complex. We tend to think of the baptistry as a structure that completes the cathedral (Duomo) and Giotto’s belltower (campanile), but actually it was the FIRST structure on this spot!

Originally a large roman domus that was expanded in the 6th century to become a church, the structure was rennovated in the 11th century in the Romanesque style. This means that it takes some characteristics of Roman architecture, like pilasters and pediments (those triangles over the windows), but adds a Tuscan feel like the green and white marble alternation.

The Baptistry has three sets of bronze doors. Let’s get them straight before we get confused. Stand at the door of the Duomo (or picture yourself there) and these are where the doors are located. 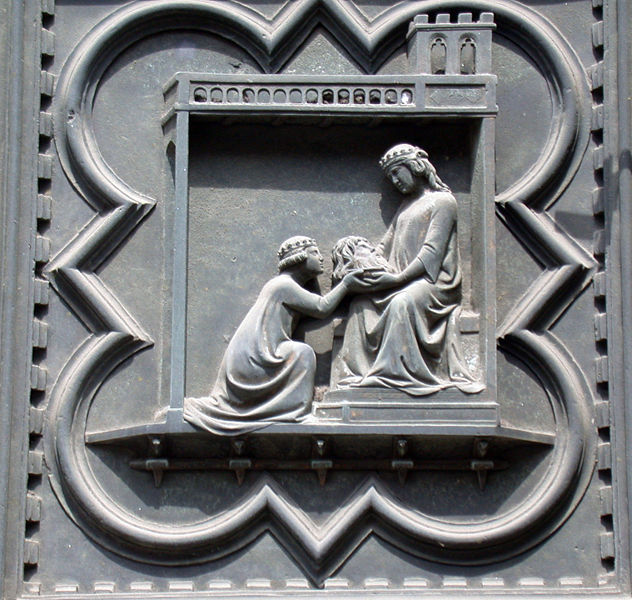 The two earlier sets of doors, by Ghiberti and Pisano, are made to match each other (well, Ghiberti had to work with the shape chosen by the earlier sculptor). The artists were constrained to work in low relief within a “quattrefoil” shape, a cross between a diamond and a clover leaf. Andrea Pisano’s work reflects the style of Giotto in Santa Croce. He pairs down the scenes to basics. There are a lot of lovely details in this work, but his figures are somewhat stilted. 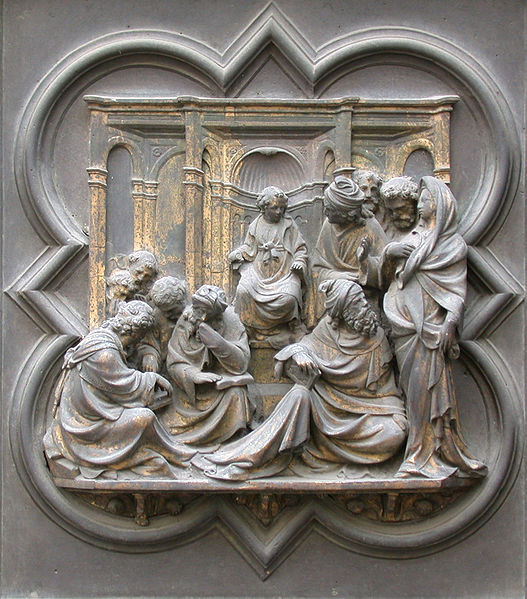