What to do and see in Martina Franca, Puglia

Martina Franca is a pleasant town in the Valle d’Itria area of Puglia in southern Italy. Blessed by a cool breeze much of the time, it’s a popular destination for an evening stroll and dinner. On a summer evening, you’ll find its narrow streets slowly moving with strolling, well-dressed Italians doing the passeggiata – a walk down the main strip to see and be seen. Year-round, Sunday mornings when church lets out have a similar feel, in Winter with an abundance of fur coats. People-watching is thus part of the reason to visit this town – there’s not really all that much specifically to do in Martina Franca, Puglia, though the architecture and the town itself is worth a look. I’ve included Martina Franca in my one-week itinerary to Puglia, and this article is an excerpt from the itinerary.

The modern town of Martina Franca is quite extended, and works its way up to the historical center which is, on the other hand, rather contained. Like Ostuni and Locorotondo, its white polished stone and whitewashed facades make everything look clean and shiny. But, Martina also has some impressive, and occasionally more colourful, architecture. Although there was a town here in the Middle Ages, what we see now is from the Baroque period and later. 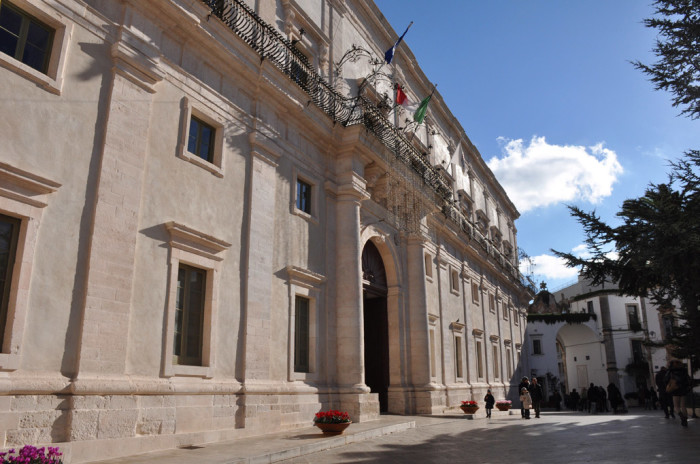 The historical importance of Martina is testified to by the presence of a huge, rich Ducal palace, begun in 1668 on a project by none other than the great Baroque architect, Gianlorenzo Bernini (you might know him if you’ve ever been to Rome, where he’s most famous for the Fountain of the Four Rivers). Although it took almost four centuries to reach its present size and state, the very fact that the Rome-based architect deigned to come this far south must tell us something about how rich the patrons – the Caracciolo family – were. They were, in fact, the feudal rulers of the area from the 16th through 19th centuries. 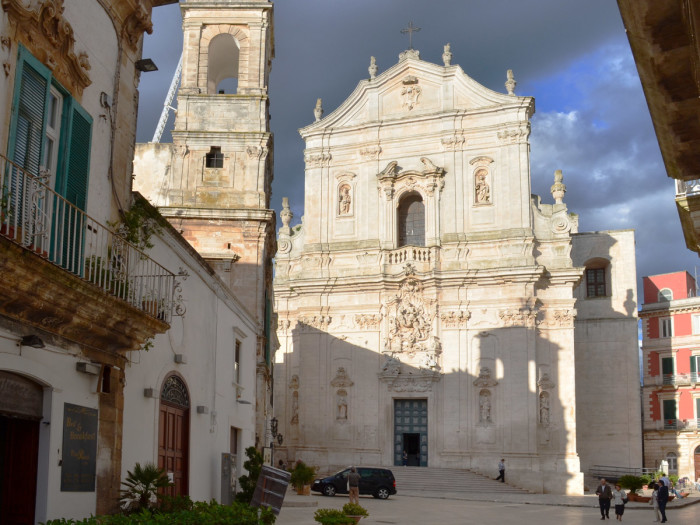 Further hints of the glory of this town, in this period, can be found in the impressive late Baroque church of San Martino designed by the Milanese architect Giovanni Mariani and built in the mid-18th century – it’s prettier on the outside than it is inside, really. The church is located on a large Piazza (del Plebescito) that is also home to the University building and the city’s bell tower. 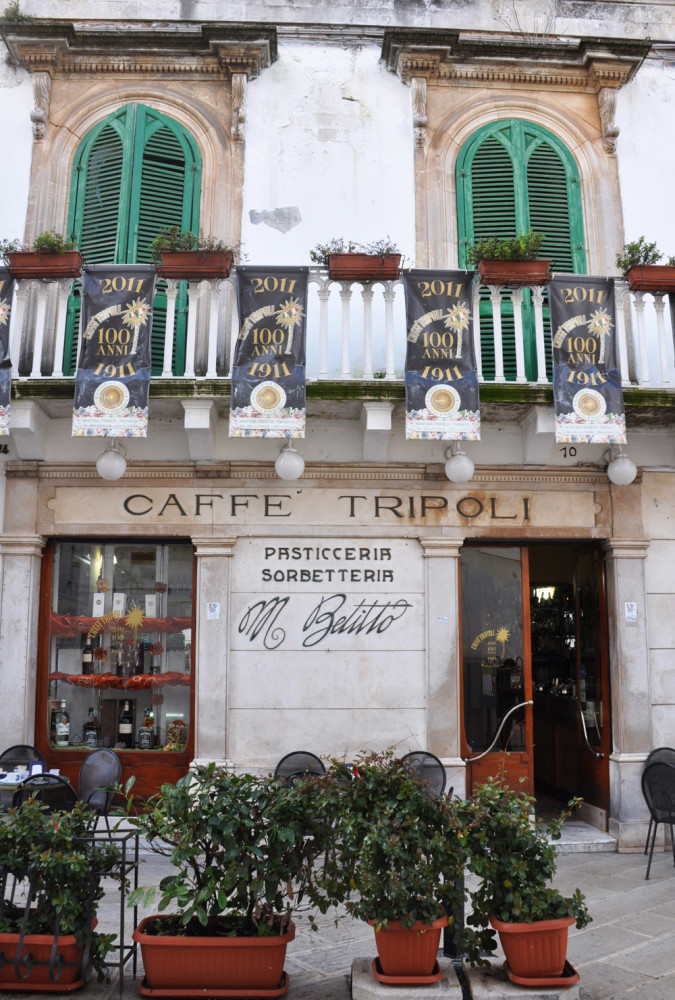 Another not to be missed feature of this town, that has more to do with one’s stomach than with art and culture, is a bar called Tripoli. Ask anyone for directions and they’ll point you to a place that has been here for about a hundred years. Stylish as it must have been in the 1950s, the must-have sweet here is called a “bocconotto” – a small pastry with custard baked in and just a touch of jam in the middle. The traditional flavour is custard and cherry jam, although there’s also a baked ricotta version and sometimes other variants. 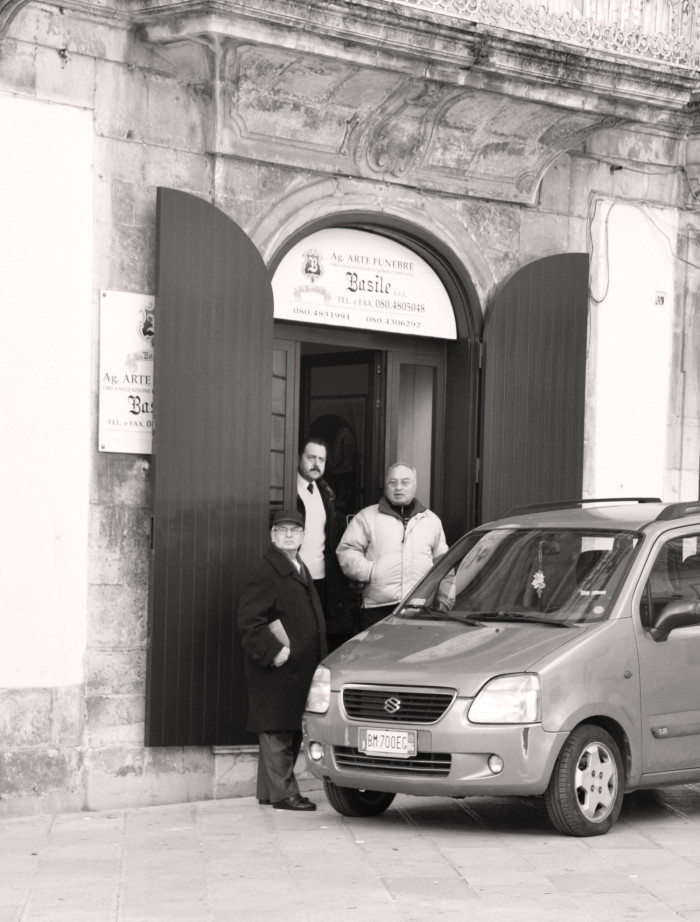 Waiting outside the funeral home…

For more about the area around Martina Franca, take a look at my Unanchor itinerary – one-week itinerary to Puglia, the Valle d’Itria and Matera available on Unanchor.com or on Amazon (link below).

Where to eat in Martina Franca

I asked my friend Laura, who got married in Martina Franca, for some restaurant recommendations in this town.