Get “Muved” by Glass in Empoli

Italy has a lot of beautiful old buildings, and many of them might make great museums or cultural spaces, but desire, funding and destiny don’t always come together to make this happen. The MUVE – Museo del Vetro di Empoli – is an example of a museum that did manage to come to be, in an old building that has been given new and beautiful life. 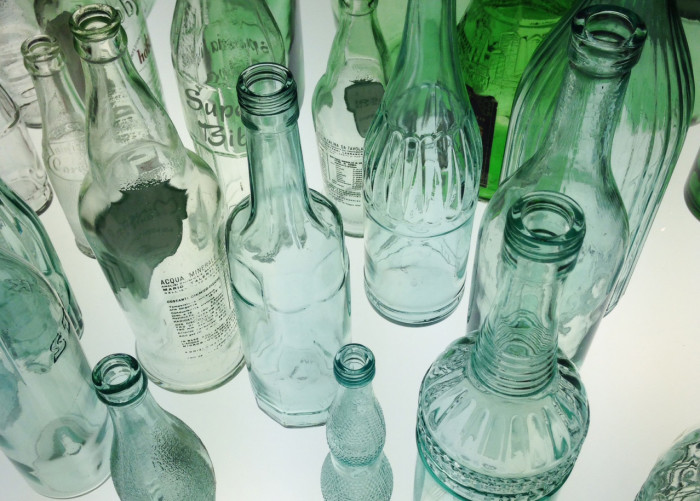 Tweet: How one museum in #Tuscany makes even glass seem interesting @MUVE_Empoli http://ctt.ec/Br81H+

The MUVE occupies the Magazzino del Sale, or salt storage building, in the center of Empoli, the construction of which began in 1365. Salt from mines near Volterra was brought here on pack animals along the via Maestra also known as Salaiola. From Empoli, salt was transported to Florence in boats along the Arno, which left from a satellite building constructed in 1543 along the river. In the early 19th century the building was enlarged and its facade re-done in the style of the day, though in the very same century, the method of salt distribution in the newly unified Italy changed, making the building no longer necessary and causing it to fall into disuse.

Although we take it for granted today (and sometimes demonize it), in the past, salt was one of the most important things you could trade, and thus it was highly regulated. It was necessary for the conservation of food in the era before refrigeration, and was also used in the treatment of leather and in domestic tasks as a cleaning agent. It was easy and cheap to get, but heavy and costly to transport. The importance of salt even in modern Italy is clear when we remember that there was a modern state monopoly on it. Tax made up about 70% of its cost and was abolished only in 1975 after the country was forced to by the European commission – previously it was purchased only at the “sale e tabacchi” stores, at a high price. 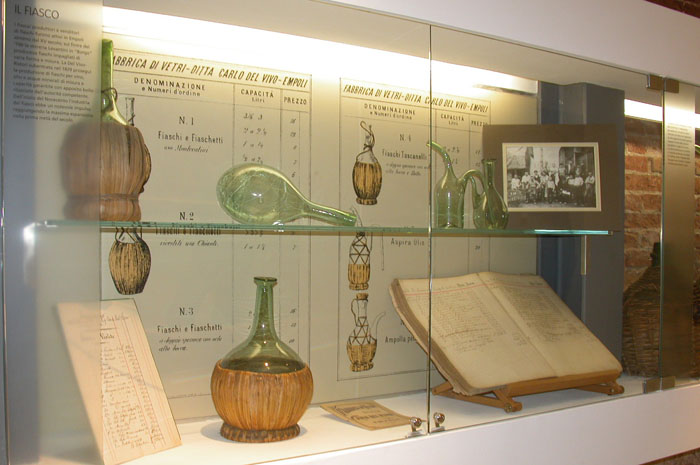 Thankfully, in Empoli they did not decide to conserve local memory of salt, but rather to use the salt storage building to make a museum dedicated to the production of glass that opened in the Summer of 2010. Glass has been made in Empoli since Renaissance times, but its production picked up a lot in the middle of the 18th century and was a veritable industrial production in the 19th century. The most important glass factory (vetreria) was active from 1830 to 1984 and it was famous for the production of daily use, green glass flasks and demijohns used for the storage of oil and wine – after salt, two of the most important ingredients in the Italian kitchen! Glass was also used to make basic kitchen ware. 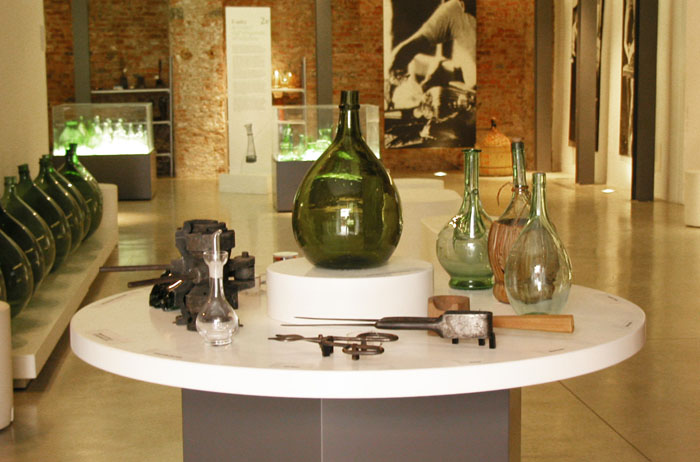 Simple green glass and its tools – a museum you can touch

The salt storage building has been transformed into an open space museum that ingeniously manages to create different display areas throughout. Glass is the leitmotif not only of the collection but of construction and display. Glass panels with writing and images at different depths line one wall, well lit glass cases display works, and the modern architecture is minimalist and white, enhanced with glass ballustrades. 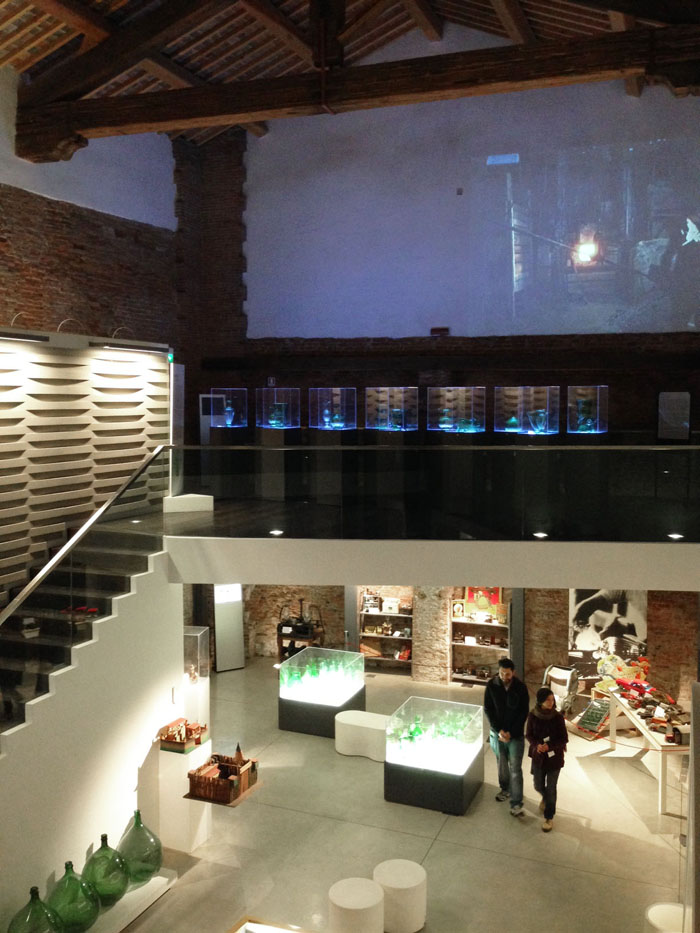 As we explore this open space, we learn more about the production of glass (including its chemical composition, which I promptly forgot), and see examples of coloured glass ware from the 1930s to 70s. 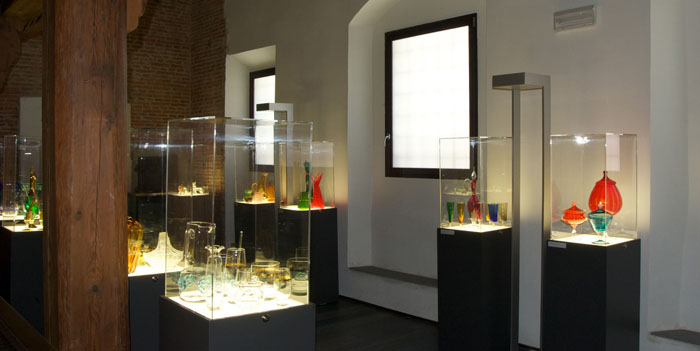 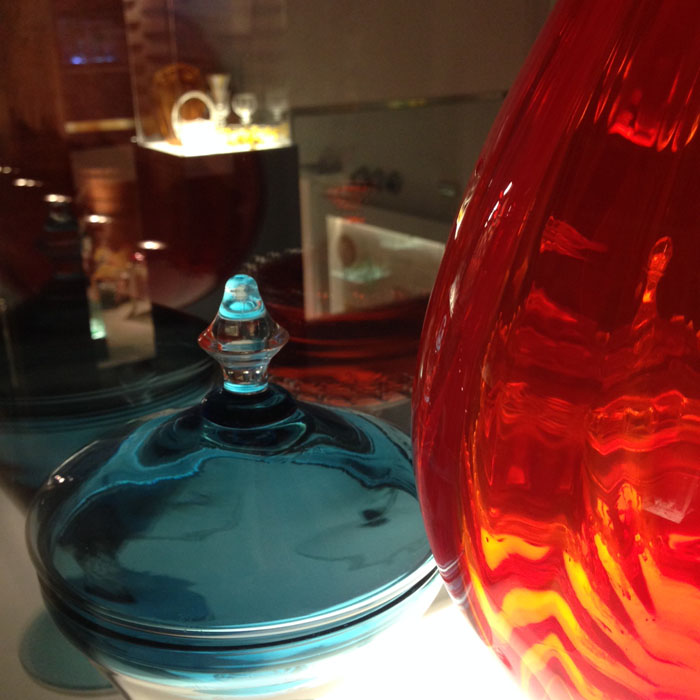 But most interestingly, the museum is a tribute to work, and to working men and women. A historic black and white film projects on one large wall, showing the arduous process of making these large glass ampules – the incredibly hot fire, the lung power of the men who blew the glass on long poles, twisted them around and whacked them in earth, followed by the women who wove the baskets that were put around the glass, packed with hay to protect the containers in transport on carts. The film dates only to 1958, but clearly shows a tradition that hadn’t changed much in the previous century. It shows a hard working, poor and simple Italy that we’ve largely forgotten, yet it was only half a century ago.

At the top of this post is a more recent documentary video about Empoli’s green glass, with English subtitles. All photos used by permission. With thanks to the MUVE for providing me with material to create this article.

Temporary exhibitions, guided tours and cultural activities are held in this space, see website for details.
Please note: wall text is only in Italian, but an English brochure with translations of all the text is available at reception.