2018 Exhibitions in Florence and Tuscany

Much to the chagrin of my bosses, my personal tradition is to start the year planning my next holidays. It’s not just that I have my eye on making the best of every long weekend, but there’s always a lot going on in and around Florence, and lots of good shows to see in the rest of Italy, plus we’re so well located in Europe that it’s a shame not to occasionally fly somewhere else!

Unfortunately, Italy doesn’t have the tradition of announcing temporary exhibitions well in advance, so every January I publish the best list I can of shows in Florence and Tuscany, hoping it’s at least useful to my readers and return visitors to the Tuscan capital, and I add to it as the year goes on.

I do make a selection of the shows that come in to me, giving priority to those in larger museums and that are on for three months or more – this is not a complete listing, but a personal selection of what I think looks best. Is there something you are really looking forward to on the list? 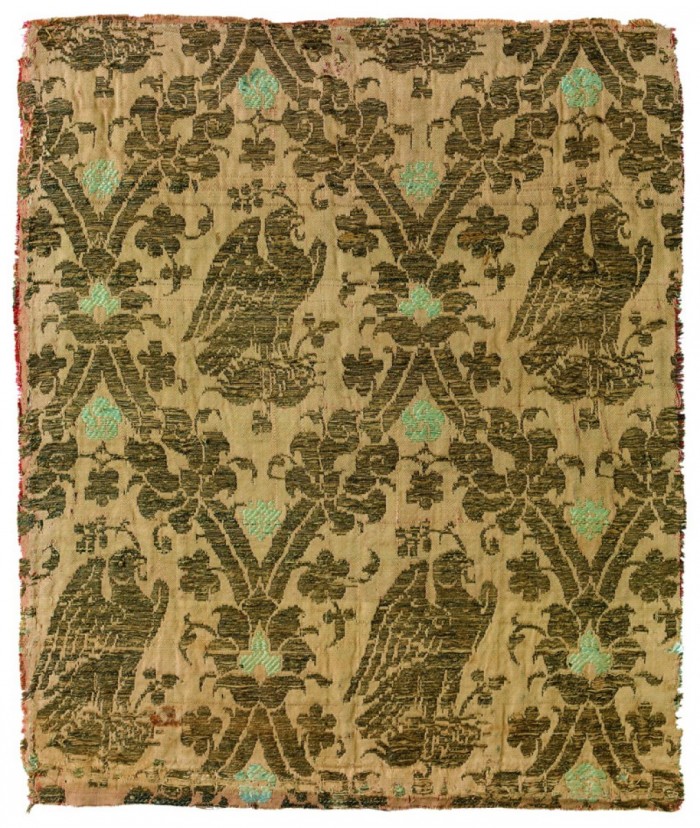 The show intends to demonstrate the importance of textiles as an art form in Florence in the 1300s, viewed from both an economic perspective and an artistic production of society’s clothing at the time. This is when the concept of luxury arose for the first time, and Florence’s expensive wool and silk was at the center of European fashion trends. A good one to see in the low season, when there shouldn’t be too much of a line to see the David! 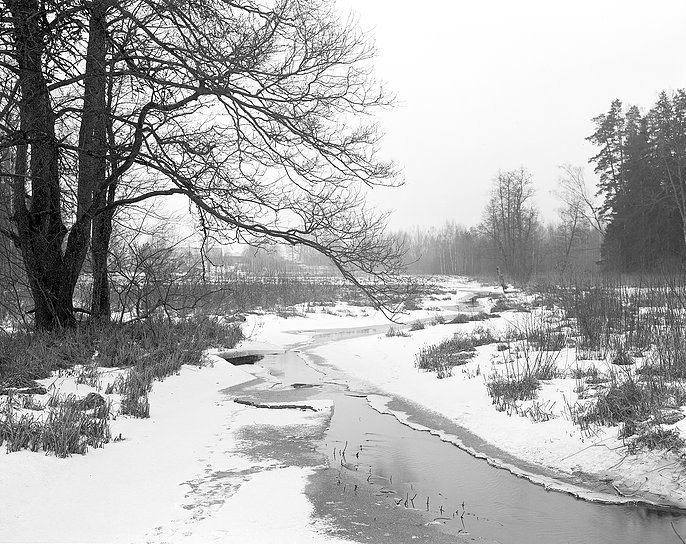 The show “Norden: Man and Nature from Scandinavia and the Baltic Countries in the Photography of Luca Berti” shows 60 photographs of people and landscapes in Scandinavian and Baltic Countries taken during trips in 2011 and 2017 by a young(ish) Florentine artist, Berti (born 1978), who has been living in Denmark for the past 10 years.

Until May 2, 2018
Museo Ferragamo, Palazzo Spini Ferroni (via Tornabuoni), Florence 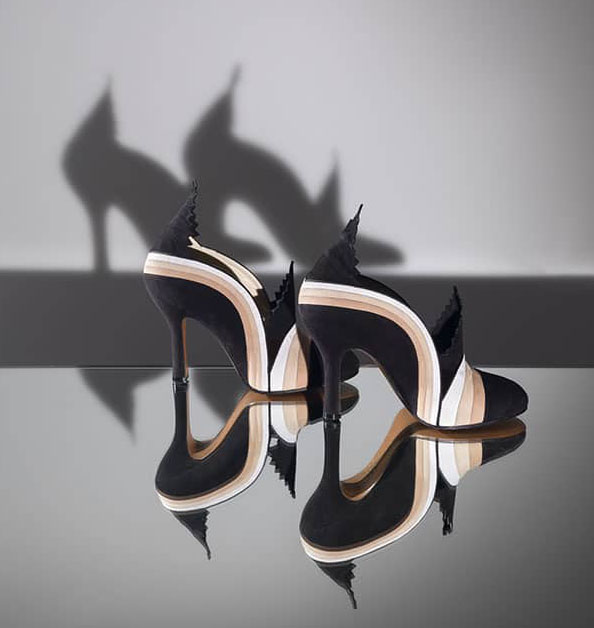 Salvatore Ferragamo returned to Italy in 1927 after twelve years in the United States, settling in Florence due to the city’s modern tendencies. Developed in chapters like a coming-of-age story, the exhibition focuses on the theme of “return”, not only of the great shoemaker but of traditions and skills in this city, showcasing futurist sculptures and paintings alongside shoes.

From Pinocchio to Harry Potter

The show’s full name is “From Pinocchio to Harry Potter, 155 years of Italian illustration from the Salani Archive since 1862”, which refer to a historic Florentine publisher (Salani). There will be 300 documents from the period 1964-2012, providing an overview of the history of illustration in Italy at this time.

Italy and Spain in Dialogue 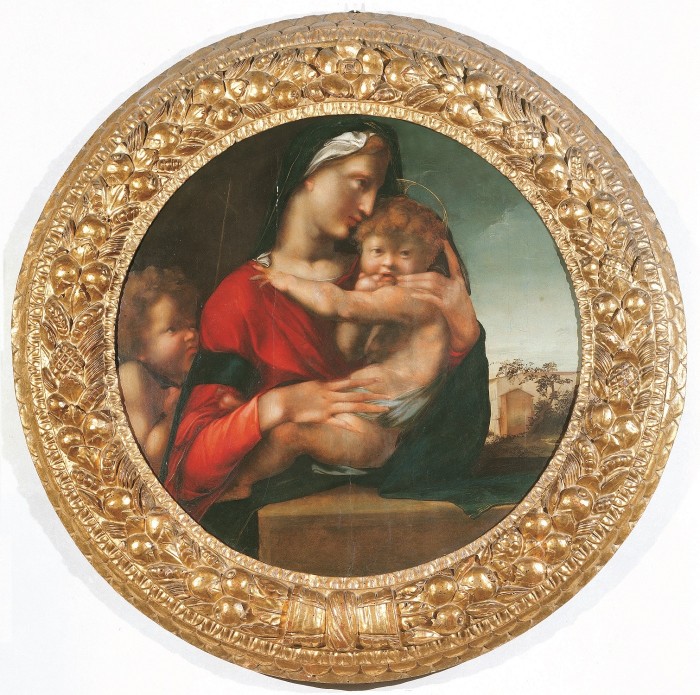 The show’s full name is “SPAGNA E ITALIA IN DIALOGO NELL’EUROPA DEL CINQUECENTO”: una mostra per indagare su contatti, rapporti, confronti. The top names in the Spanish Renaissance were Alonso Berruguete, Pedro Machuca, Bartolome Ordonez and Diego de Siloe. Berruguete trained in Rome and Florence, providing a linking point between the two countries. This exhibit of mostly drawings shows work of the Spanish masters, but also of Italians like Romolo Cincinnato and Pompeo Leoni who were called to work in Spain. 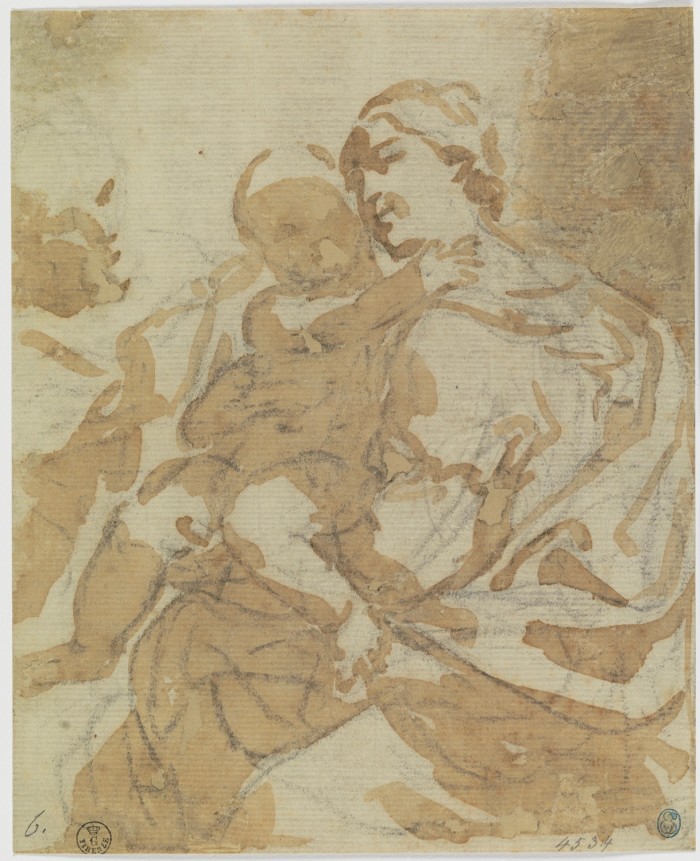 Dipingere e Disegnare da gran maestro, Elisabetta Sirani (Bologna 1638-1665) is the title of a small show, mostly of drawings, dedicated to the 17th-century female painter Elisabetta Sirani. This show is part of the Uffizi’s promise (begun last year) to spotlight more female artists. One historical and one contemporary woman artist will be shown each year.

Teatro della Pergola, until May 4 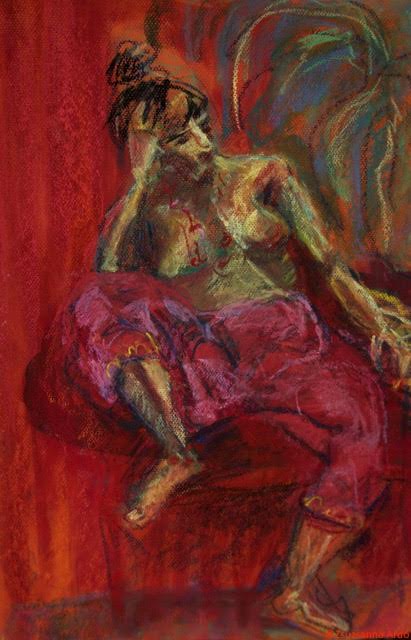 The exhibition Cantata Corpo by award-winning British/European artist Zsuzsanna Ardó (www.ardo.org) is a dramatic set of pastel paintings singing about the body in colours. It is inspired by Michelangelo’s statement about the nude, the context of the exhibition, and the nature and function of the venue — Teatro della Pergola, the first opera house of its kind.

Birth of a Nation: Italian Art from the Postwar to 1968

Curator Luca Massimo Barbero takes us on a mesmerising journey through art, politics and society in the shape of work by such artists as Renato Guttuso, Lucio Fontana, Alberto Burri, Mario Schifano, Mario Merz and Michelangelo Pistoletto, providing a glimpse into the later golden age of Italy. 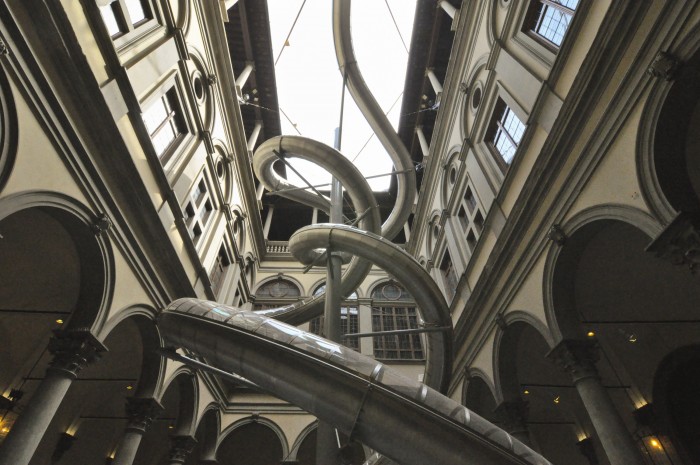 The Holler slide from below

The Florence Experiment at Palazzo Strozzi is a team effort by Carsten Höller (Brussels born contemporary artist known for his work with giant slides) and Stefano Mancuso (plant neurobiologist, University of Florence). A rare opportunity to hurl down 3 floors of a Renaissance palazzo in its courtyard, in 15 seconds, without dying. Read my full review 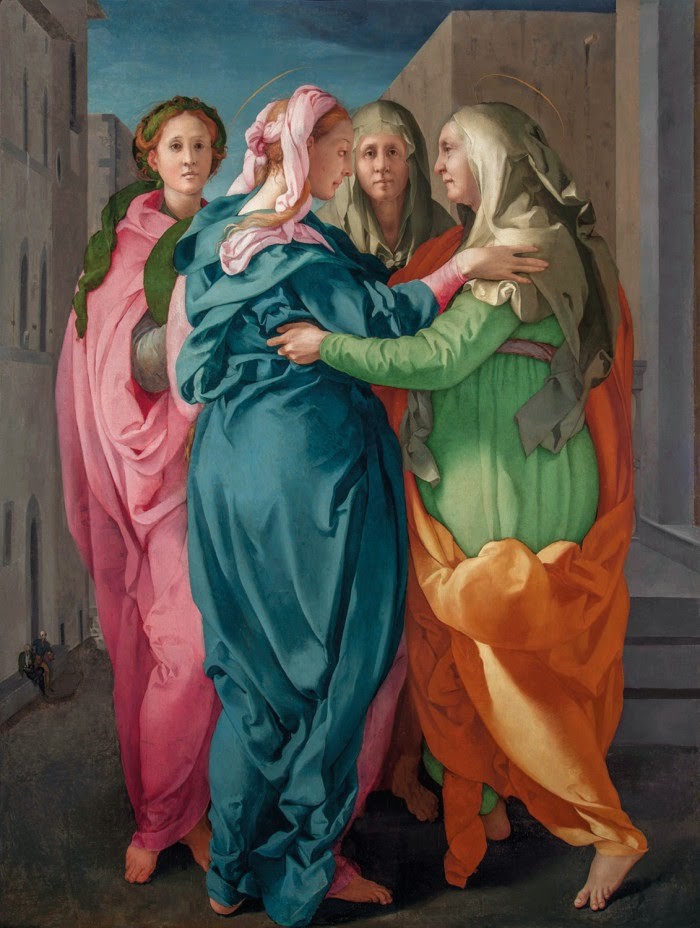 Curated by Bruce Edelsetein, I give this small and tightly curated exhibit my vote as potentially THE most interesting scholarly show of the year. Pontormo’s Visitation from Carmignano will meet up with the never-before-travelled Alabardiere from the Getty, and both will be combined with their preparatory drawings. The exhibit will travel to New York (Morgan Library) and Los Angeles (Getty) in order to spread the message of the need to restore the church and convent of San Michele in Carmignano, for which a crowdfunding campaign has been opened. 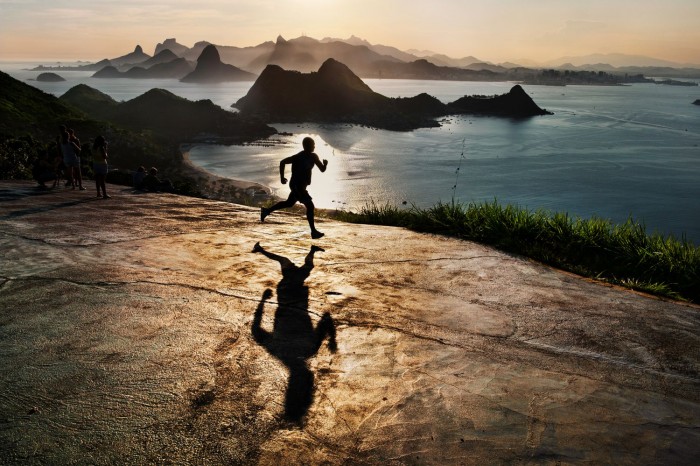 The world’s most famous travel photographer’s traveling exhibition will present 100 works in Florence; if you haven’t seen it elsewhere (Palermo or Sansepolcro of late), here’s your chance! 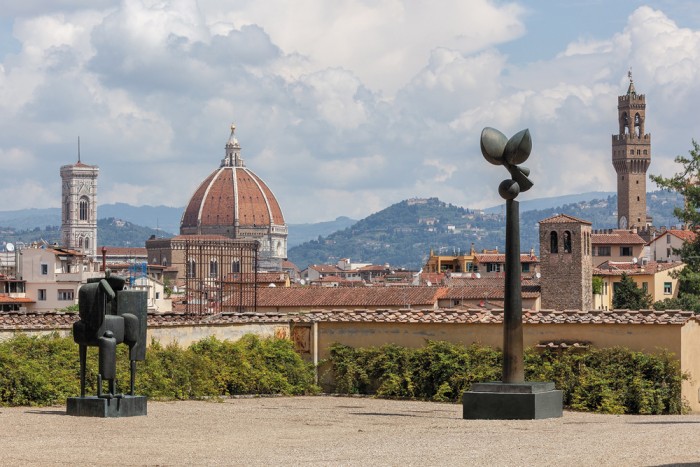 The Boboli gardens, with Florence as its backdrop, presents the first important retrospective of the sculptor’s work since his death last year.

Islamic Art and Florence from the Medici to the 20th century 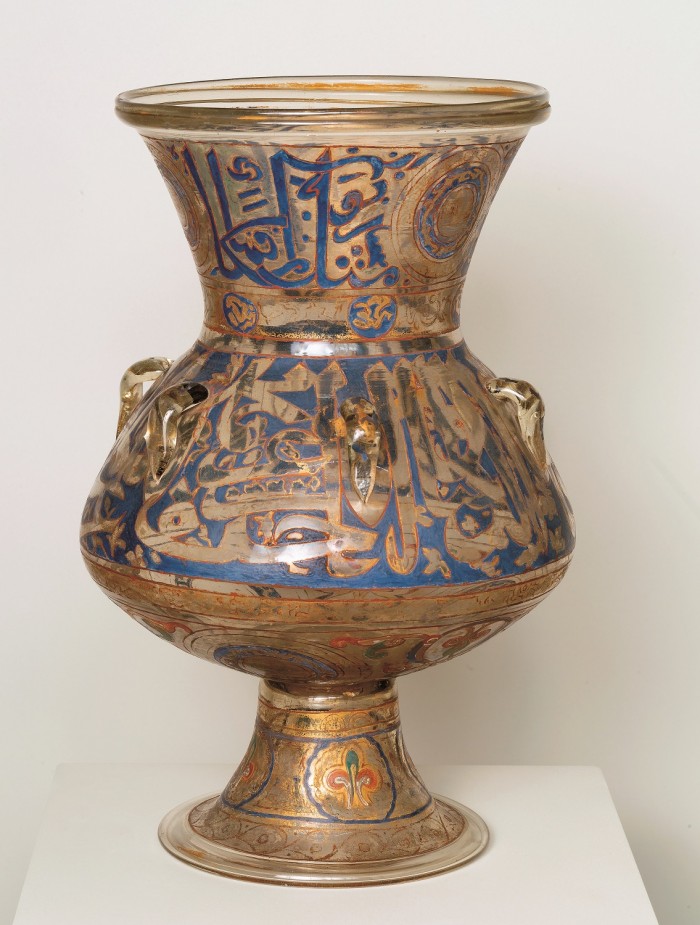 The leading role in this joint venture by the Uffizi and the Bargello is played by Islamic art with its superb carpets, its damascened acquamaniles and vases (using a particular a metalworking technique to achieve polychrome decoration), its enamelled glass, its rock crystal, its ivory and its lustreware. Florence is home to an extremely important collection of Islamic art comprising almost 3,300 pieces, all of them items of exceptional importance, donated by Lyon-born merchant Louis Carrand in 1889 to the Bargello. The exhibit in two parts is divided as such: the section in the Bargello explores a crucial moment in the history of research, collecting and museography at the turn of the 19th century, whereas the Uffizi explore the interaction between East and West in art.

Riding through the time. The Art of horse riding. From Antiquity to the Middle Ages 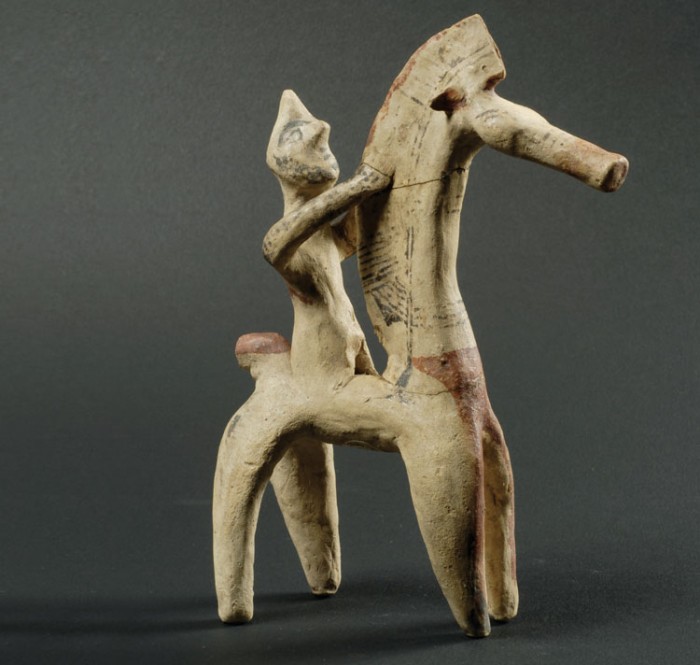 Horse lovers will be excited to see this small exhibition inside the Boboli Gardens’ Limonaia that examines the age-old bond between horse and humankind with some 100 objects from over 2000 years of history. Particularly interesting objects include the Populonia Gig, an actual Etruscan carriage that is on display for the first time. Of unique interest are also two horse skulls unearthed during excavations in the western necropolis of Himera, and now in the Museo Pirro Marconi in the Parco Archeologico di Himera. 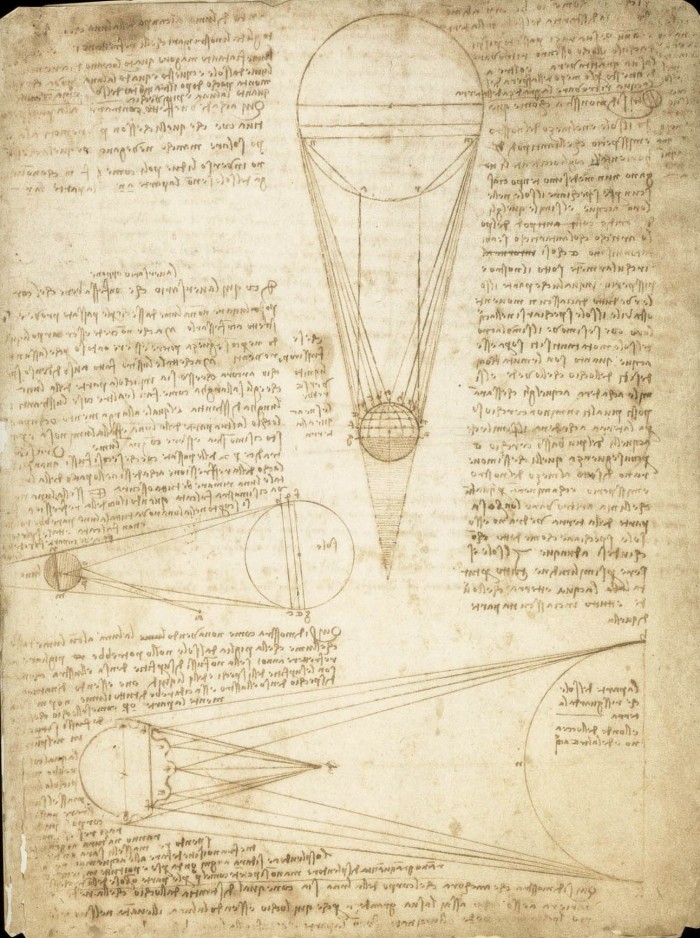 The Uffizi may have just announced its first real blockbuster exhibit, thankfully in the off-season so that us common mortals may have a chance to get in. 2019 marks the 500th anniversary of the death of Leonardo da Vinci and this is the show that will kick off the year-long celebrations taking place in many locations in Italy and in the world. The book broke world records with its price at auction in 1994 (30M), and is now owned by Bill Gates, who is loaning it to the museum with the support of the Banca CR Firenze. The original pages of the book will be on display, enhanced by digital technology (of course!). 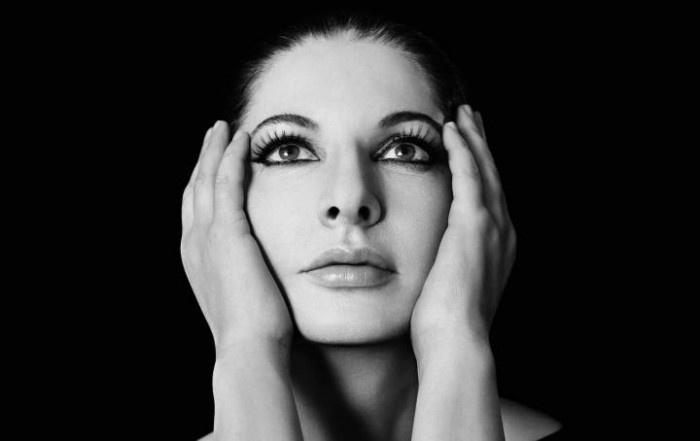 A major retrospective exhibition devoted to the work of Marina Abramović, one of the most celebrated and controversial personalities in the world of contemporary art, best-known for using her own body as a means of expression. 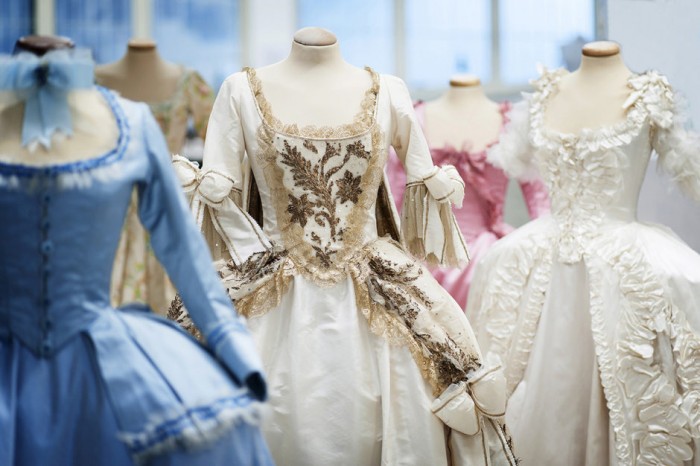 This much anticipated exhibition will showcase the costumes made for the Sophia Coppola film about Marie Antoniette, for which Milena Canonero won the Oscar for best costume in 2007. It runs contingent to the museum’s current rotating exhibit in their historical section, which is dedicated to the 18th century, and provides an interesting comparison between historical pieces and their popular, contemporary interpretation. 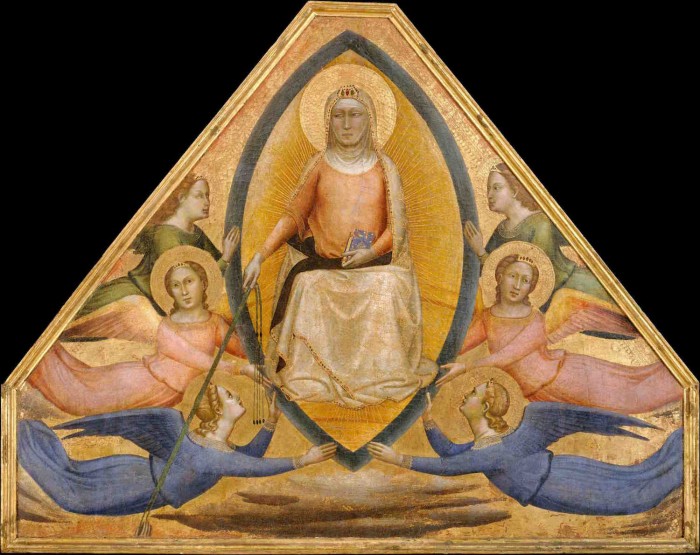 Prato’s big show in 2017, extended into 2018, celebrates the city’s most important relic, the sacred girdle of the Virgin Mary, which brought a lot of wealth and decoration to its Cathedral. The feat in this exhibition has been to reunite elements of an altarpiece by Bernardo Daddi showing the Assumption of Mary. There’s a good review by my colleague Samantha at The Florentine so I won’t write more here! 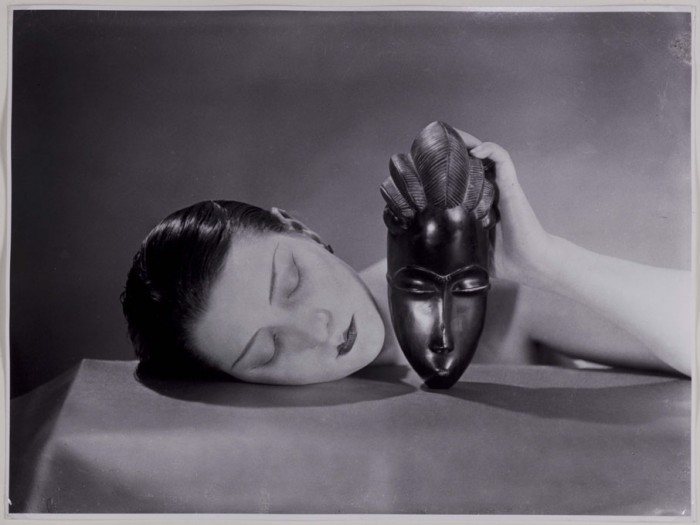 100 images by one of the most important photographers of the 20th century. Dadaism and Surrealism were his styles, elaborated through experimental techniques in the darkroom like solarizing and photograms. 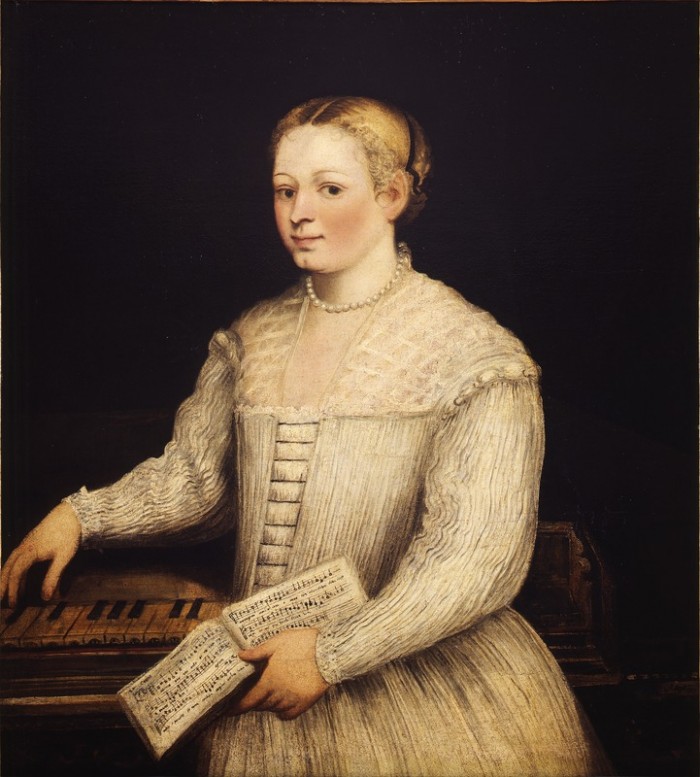 Not far outside of Florence, I’m excited about the theme of this exhibit, as well as the nice location (entry is 5 euros). The show is mostly works from the Uffizi, and the star of the small exhibition is this self portrait by Marietta Robusti nicknamed Tintoretta. The rest of the exhibit is going to be mostly prints and books on the theme of women and music. Read my review of this exhibit here. 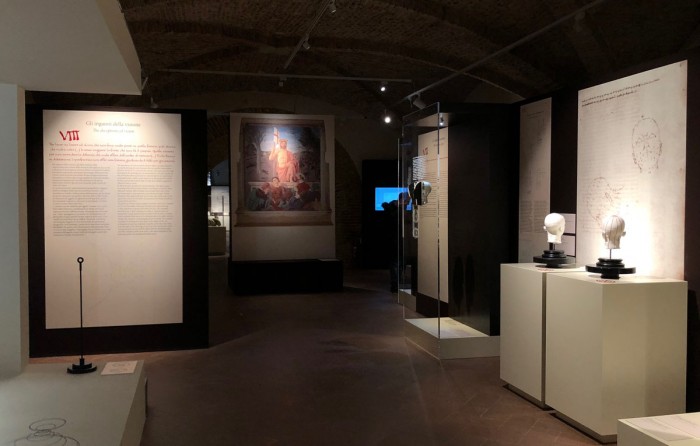 In graduate school, our professor Rab Hatfield did an annual Piero Pilgrimage, which involved visiting this artist’s home town and the area he worked in from Arezzo and through the mountains over to Rimini. This included stopping in Sansepolcro to visit the artist’s Resurrection, which has just been restored and is now the centerpiece of an exhibit about Piero’s legendary obsession with perspective. It surveys the artist’s interest in mathematics and uses various educational displays to look at perspective in the Renaissance.