Going to an Italian rock concert and knowing all the words 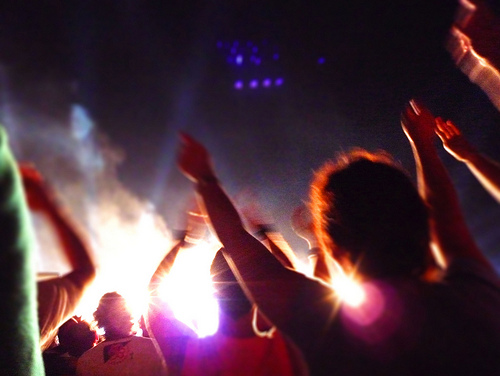 So I went to see Ligabue the other day at the stadium of Florence. I expected a wild night out but honestly I’ve attended wilder business networking meetings with ToscanaIN. I guess I can measure the level of my integration (been here for 10 years) by this experience.

I’m not a huge “Liga” (as he’s known to his fans) fan, but when they played “Piccola Stella“, I did know half the words and could shout along with the whole crowd. I made this nice bootleg video and it’s still ringing in my ears:

Face it, Liga may only know four chords and all his songs sound the same, but you can’t help but be “emozionato” if you’re there. Plus he’s quite a “gnocco” (attractive guy). 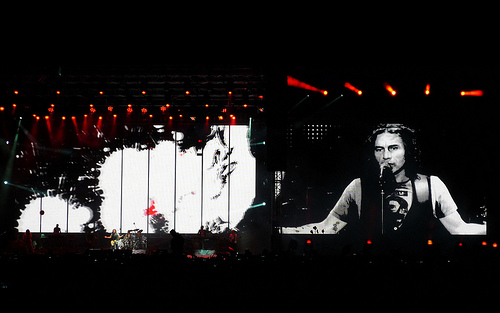 The first time I heard an Italian artist Live was back in May 2000, and it was my first date with my husband so as you can imagine I still have the ticket and the experience has remained one of the best of my life. The headline artist was, in fact, not Italian:  Sting. Sting played at the Cascine park in Florence for the “prezzo politico” (lit. political price in Italian, meaning it’s there for a reason) of twenty thousand lire. The big artist and the low ticket price was enough for me to finally accept this sweet Italian guy’s invitations to go on a date (he’d been asking for a while).

Seeing Sting was great. I knew all the words in English and the Italians around me massacred the songs in Italo-Inglese. But what struck me more was the opening band: Niccolo Fabi. I found myself in a pit with young, excited Italians who shouted all the words to “Cappelli”, a song about how attached this cute young artist is to his long hair. He seems like a real sweetheart and after this romantic experience, I learned all the words to this song and to everything on his later album La Cura Del Tempo

The obsession with the cute Niccolo ended when I ran into him on a beach in Puglia. He was completely wasted. To his defense, it was the day after he’d given a concert the night before so he was just relaxing, and in fact I wouldn’t have gone up to him except I was forced to by the 4 guys I was with… So here’s a photo of this pop artist at the beach, and the white thing next to him is me when I was young and thin and wearing a “skimpini”. I cannot believe that I am publishing this on the internet, but this is evidence of just how “pop”, social, and Italian(?) I have become. 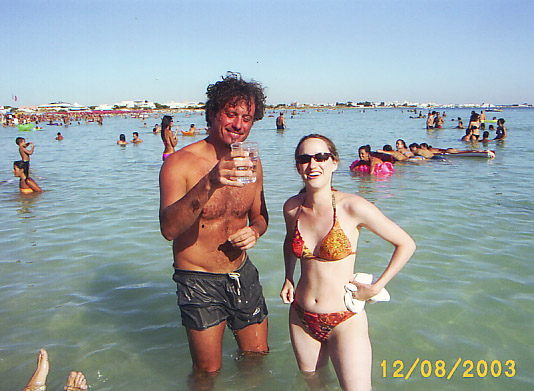 Want a little Italian experience in your own home? Buy an album by Jovanotti

and blast it in your living room.